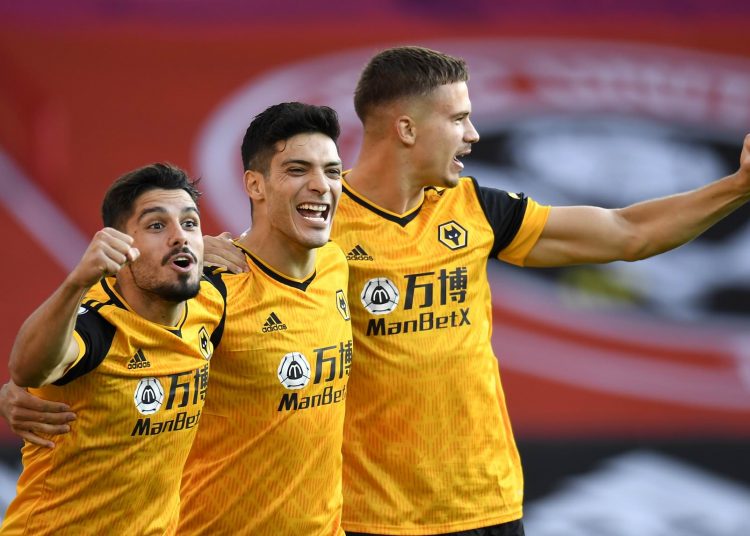 Wolverhampton Wanderers scored twice in the first six minutes as they made a winning start to the new Premier League season with victory at Sheffield United.

Both sides had enjoyed hugely impressive campaigns last term, with the Blades upsetting the odds to finish ninth on their return to the top flight, while Wolves secured seventh and reached the quarter-finals of the Europa League.

But it was Nuno Espirito Santo’s side who picked up where they left off as Raul Jimenez’s excellent finish gave them a third-minute lead following a quick break.

The home side looked sluggish and struggled to create many meaningful chances in the first half, with their first shot on target not arriving until seven minutes before the half-time, when Oli McBurnie headed at Rui Patricio.

A half-time team talk by Chris Wilder had the desired impact as United came out flying in the second half, with John Fleck striking the base of the post with a powerful low drive before John Lundstram just failed to get to a teasing Billy Sharp cross.

However, only a superb Ramsdale save denied Wolves a third on the break as the 22-year-old – an £18m summer signing from Bournemouth – pushed a Saiss strike on to the post before Jimenez shot wide from the rebound.

Jimenez then struck the outside of the post and although the Blades pushed to reduce the deficit in the final few minutes Wolves held firm to secure an opening win.