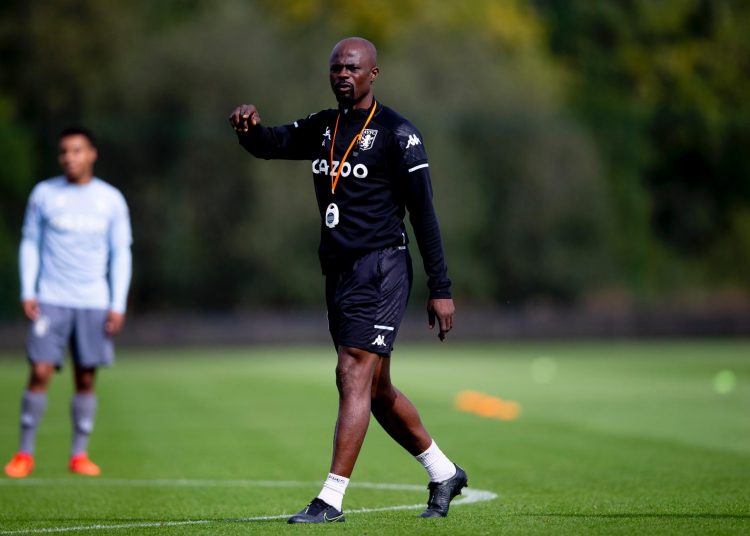 Ghana-born, George Boateng has been appointed the new head coach of Aston Villa’s U-23 team ahead of the new season.

The former Dutch midfielder played for Aston Villa between 1999 and 2002 and now has been promoted to manage the U-23 team of Villa.

Boateng was previously with Blackburn Rovers where he was the youth team coach for the age group ranging from U-13 to U-16.

The 45-year-old first joined Aston Villa in 2019 as U-18 head coach, replacing David Hughes who had departed to Southampton.

After a year spent with the club’s Under-18s, Boateng will work alongside Mark Delaney as Professional Development Coach.

Ahead of the start of the Young Lions’ Premier League 2 season on Monday, Villa TV caught up with the former Middlesbrough midfielder to discuss his new position.

“The role is fantastic,” he said.

“For me, I’m now making a step-up to working with players who are close to the first team, closer than the Under-18s.

“We are at the top end of the Academy, where players have to make the transition from being a youth player to a senior player. I want to help get them a career in the game.”

Between Boateng and Delaney, they made 317 appearances for Villa, and they both know what it takes to carve out successful playing careers at the club.

Boateng believes this gives the pair an advantage when it comes to producing players who can make an impact on the first team.

He said: “Mark is a tremendous guy who works extremely hard and deservedly leads the Under-23s. Mark and I go way back, and we’re aligned in the coaching and what our philosophy is.

“We both know the requirements and what the boys have to do each and every day to try and get into the first team here.

“There are things you need to know as a coach but there are also things you know from a playing point of view that you have to try and get across to the boys.

“If you’ve played at that level, it makes it easier to understand what the requirements are. The second phase is can you get that message across to the players.”

As a player, Boateng starred for Feyenoord before moving to England. He went on to play for Coventry City, Villa, Middlesbrough, Hull City, and Nottingham Forest before brief spells in Greece and Malaysia.