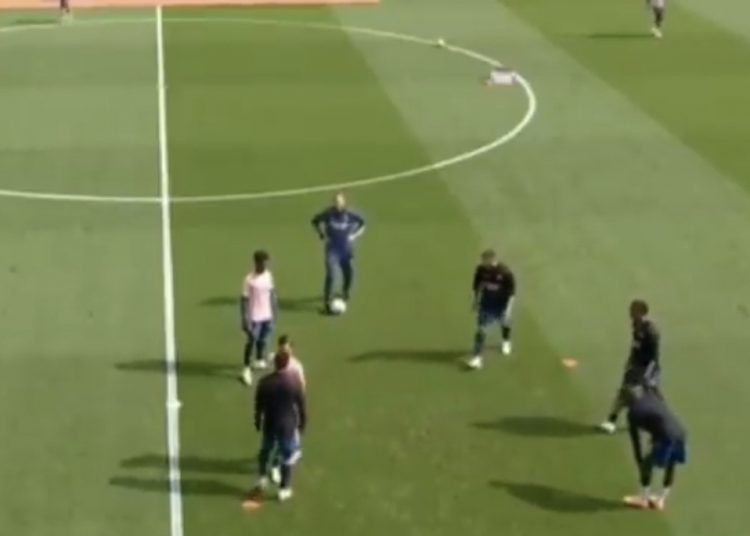 Arsenal may have started their 2020/2021 Premier League campaign in style with a 3-0 win over newly promoted Fulham, but there seemed to be a bit of confusion between the Arsenal players before kickoff which could’ve blown over.

On loan midfielder Dani Ceballos, and forward Eddie Nketiah were involved in a violent tussle before the match after a brief misunderstanding.

The two players, who were not part of the starting eleven, had to be separated by their teammates in order for the squabble not to escalate.

However, Arsenal were able to run on the style and took all three points, thanks to goals from Alex Lacazette, Gabriel and captain, Pierre Emerick Aubameyang.

Watch what transpired between Ceballos and Eddie Nketiah below: