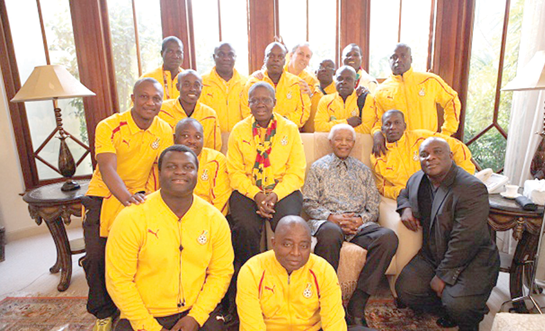 Luiz Suarez prevented a goal bound shot from Dominic Adiyiah which eventually culminated in Ghana’s exit at the quarter final stage after defeat via a penalty shootout.

Reflecting on the world cup a decade after, Addy believes the rules were manipulated in favour of Uruguay.

“The later Nelson Mandela told us what will happen and it happened.

“We visited him and he informed us that while in South Africa we should consider it as our land.

“He then warned us that while we have the support of the entire continent we need to be careful because what is rightfully ours will be taken away and handed to the Caucasians and that is what happened.

“The penalty that was awarded to us was a favour to them” he disclosed on The Tracker on Citi TV.