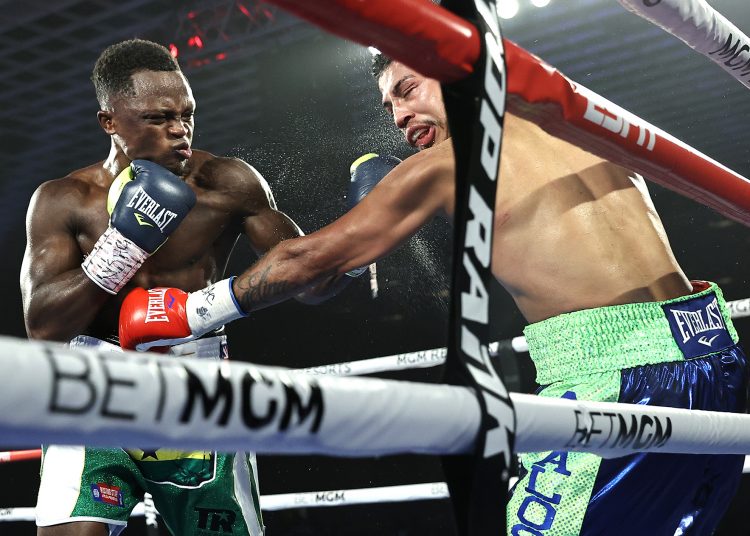 Dogboe has moved up in weight class to featherweight and has already won his first bout against Mexican American Chris Avalos.

Dogboe has aired his ambition to return to the top once again but to do that he must be ready to face his fears and correct the errors that have hampered him in the past according to the veteran Carl Lokko.

“Finally he is back and has chosen to move up in weight with his dad bringing in experts to work with me.

“He is not that tall but is heavy and because of that he has a lot of work to do.

“We all saw the fight between him and Navarette and now that he has moved to featherweight that means he will be meeting boxers with the same height, body structure among others.

“They should start thinking and learning about what to do when they are faced with a bigger boxer in the division or even Navarette again.

“If he wants to become a world champion again these are the things he must be thinking about and also device an appropriate strategy.”

Dogboe is currently based in California where he has been working with his new trainer Barry Hunter after dropping to 126 pounds.