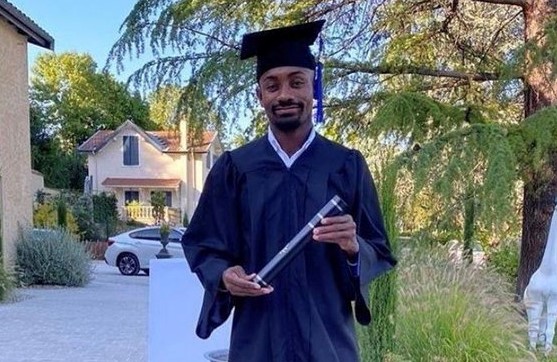 Former Chelsea forward Salomon Kalou is preparing for life after football as he bagged a University Degree in Business administration.

In an occasion witnessed by family and friends of the footballer, the 35-year-old obtained his degree on Saturday, September 12, at Business School of Lyon.

The Ivory Coast international was awarded the degree after completing the three-year studies.

Despite featuring for a number of teams, Kalou most successful stint was at Chelsea as he won the Premier League, FA Cup, Community Shield and UEFA Champions League.

Kalou made his international debut for Cote d’Ivoire in 2007 and scored 28 goals in 97 appearances.