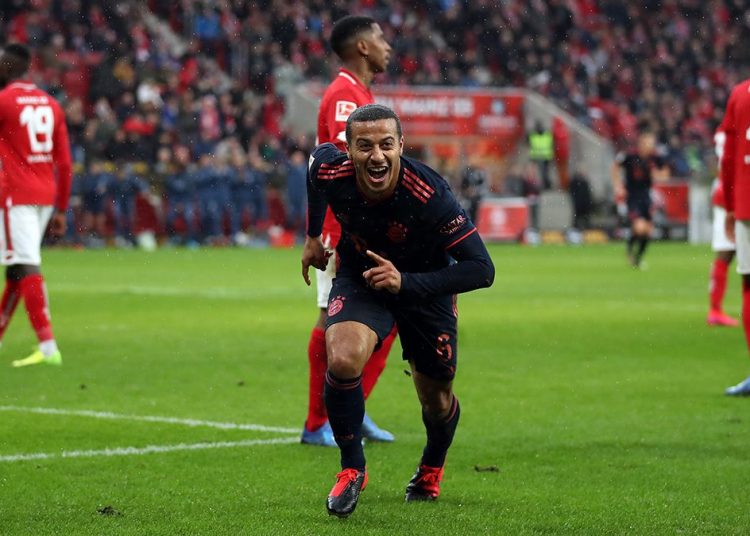 Liverpool are reportedly likely to make a late bid to seal the transfer of Bayern Munich midfielder Thiago Alcantara.

The Spain international has a year to run on his contract at the Allianz Arena, and this has unsurprisingly led to plenty of recent speculation over his future.

Liverpool could do with someone with his creativity in the middle of the park, and Reds fans have been told to expect that this one could go down to the wire.

Transfer guru Alex Crook, speaking to talkSPORT, said Manchester United had also approached Alcantara’s representatives, but that Liverpool remain the front-runners for his signature, provided they can get his transfer fee down.

“We’ve spoken a lot about this one, and it’s going to go right to the wire, I think,” said Crook.

“If Wijnaldum goes I think Liverpool will accelerate their interest.

“I know Manchester United have spoken to Thiago’s agent but midfield is not a priority for them at the moment.

“Liverpool are still the front-runners, but they’re trying to force Bayern Munich to lower that €30m asking price.

“I’m not expecting a bid to come in probably until the final week of the window.”

LFC supporters will surely be hoping their club just pays up for this world class talent, with Alcantara a rare example of a proven talent and experienced winner being available on the cheap.

The 29-year-old would also surely strengthen this Man Utd team, but there might also be a lack of room for him after the recent signings of both Bruno Fernandes and Donny van de Beek.

I’ll never forget it - Djokovic on US Open disqualification