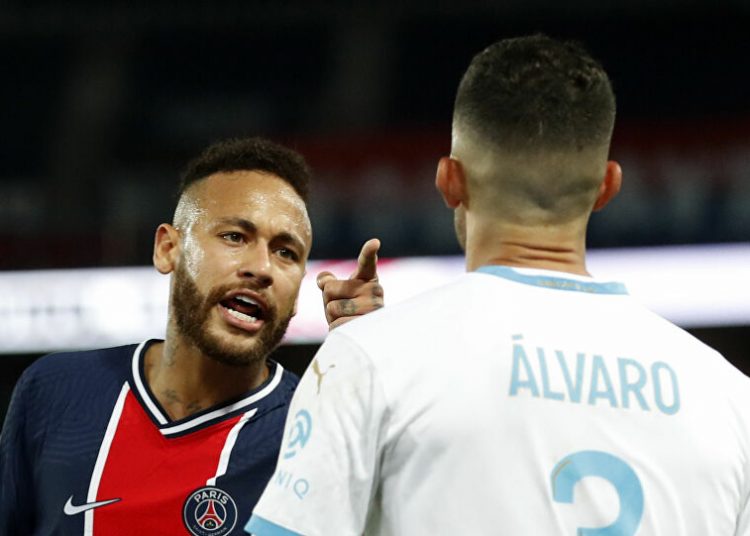 Neymar has been banned for two games for his part in the brawl at the end of the Ligue 1 game between Paris Saint-Germain and Marseille.

The Brazilian was one of five players sent off in a last-minute brawl at the Parc des Princes after striking Alvaro Gonzalez in the back of the head, having had several incidents with the Spanish defender previously in the game.

Neymar also has a third game under a suspended sentence, with Leandro Paredes given the same punishment.

PSG full-back Layvin Kurzawa will serve a six-game suspension after he kicked Jordan Amavi, who himself has been banned for three games with Marseille team-mate Dario Benedetto receiving a one-match ban.

For his part in the incident, Angel Di Maria will appear before a disciplinary committee on September 23.

Neymar was heard on pitchside microphones informing the fourth official he had heard a racist comment while walking off the pitch and later accused Gonzalez of racism on Twitter, urging the authorities to use VAR to clarify matters.

Gonzalez strenuously denied the allegations but has been placed under investigation by the LFP.

In a statement released on Monday, Neymar claimed he hit out at Gonzalez after realising match officials “would not do anything”.