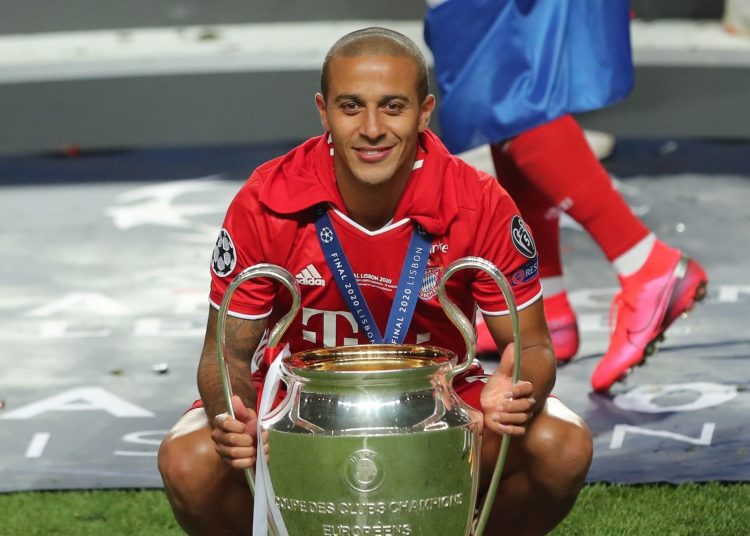 Liverpool have agreed a deal to sign the midfielder Thiago Alcântara from Bayern Munich for €30m (£27.3m).

Liverpool had been reluctant to pay that much for a 29-year-old with one year on his contract but have accepted the need to meet Bayern’s demands to land Jürgen Klopp’s key target.

The Spain international is happy with the personal terms on offer at Liverpool and keen to move to the Premier League champions despite interest from Manchester United which never advanced to a bid.

Thiago made clear he wanted to leave Bayern and his preferred destination has always been Liverpool. He is an admirer of the team’s style under Klopp.

Thiago’s arrival would clear the way for Giorginio Wijnaldum to join Barcelona provided a suitable offer is received.

Thiago, whose father is the 1994 Brazilian World Cup winner Mazinho, joined Bayern in 2013 from Barcelona and has made 233 appearances for the Bundesliga champions. His younger brother, Rafinha, is still at the Camp Nou.