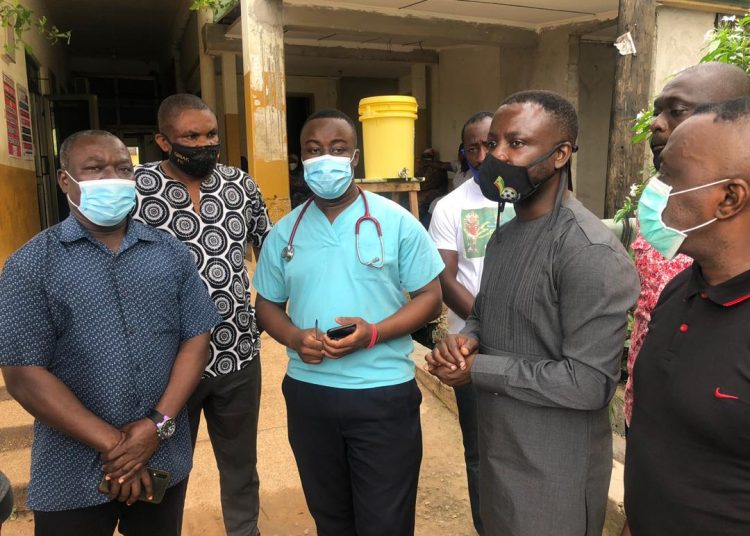 A delegation from the Ghana Football Association has paid a visit to the injured members of the unfortunate accident involving a juvenile team on Saturday.

The juvenile team made up of young players and their handlers were headed to Afrancho having undergone their District Colts football registration exercise at Offinso on Saturday before the vehicle conveying them was involved in a nasty accident.

Unfortunately, six of the young footballers passed away while others sustained various degrees of injuries.

On arrival at the hospital, the GFA delegation met Dr Debrah who explained the extent of injuries the victims at the hospital sustained as a result of the accident.

The delegation will also visit the bereaved families to commiserate with them.