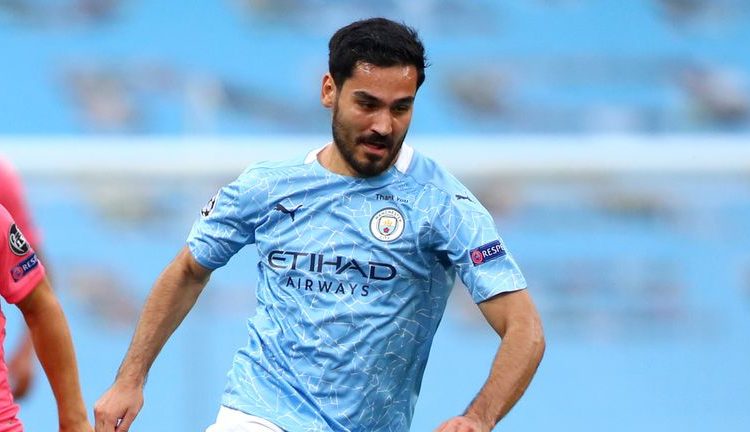 Manchester City have confirmed that Ilkay Gundogan has tested positive for coronavirus following the latest round of testing.

The midfielder is observing a 10-day period of self-isolation in accordance with Premier League and UK Government protocol on quarantine.

Gundogan is likely to miss three matches for City while he self-isolates, including Monday’s Premier League clash against Wolverhampton Wanderers, as well as Thursday’s Carabao Cup game against Bournemouth and Sunday’s league game against Leicester City.

The German is the third member of Pep Guardiola’s squad to test positive for the virus, following winger Riyad Mahrez and defender Aymeric Laporte.

Both players returned to training last week but City boss Guardiola said only Mahrez would be available against Wolves.

The 29-year-old is a regular starter in City’s midfield and made 49 appearances in all competitions last term as well as being a key part of the treble-winning side the year before.

Gundogan also started this season on international duty with Germany – playing in both 1-1 Nations League draws against Spain and Switzerland, and scoring in the game against the latter.

Manchester City gave no further details of Gundogan’s condition, only adding: “Everyone at the club wishes Ilkay a speedy recovery.”