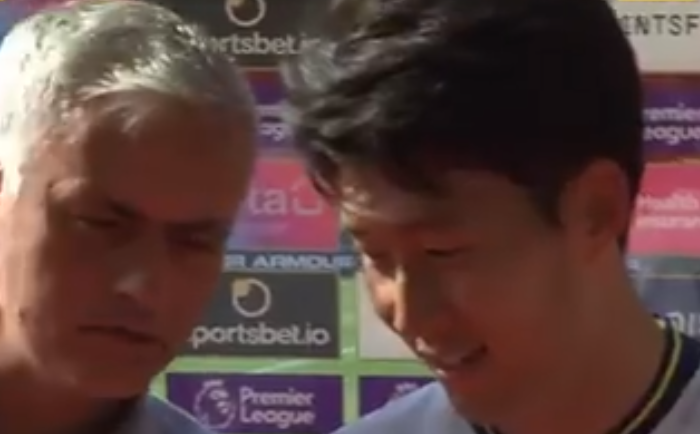 Tottenham head coach, Jose Mourinho would have been extremely pleased with his side’s dominant win over Southampton on Sunday but one thing he wasn’t happy about was which of his players was named Man of the Match.

Heung-min Son, who scored four goals as Spurs won 5-2, was named as the game’s best player but Mourinho felt that striker Harry Kane deserved it more.

Kane assisted all of Son’s goals, becoming the first Englishman to provide four assists in a Premier League match, while scoring one himself as well. 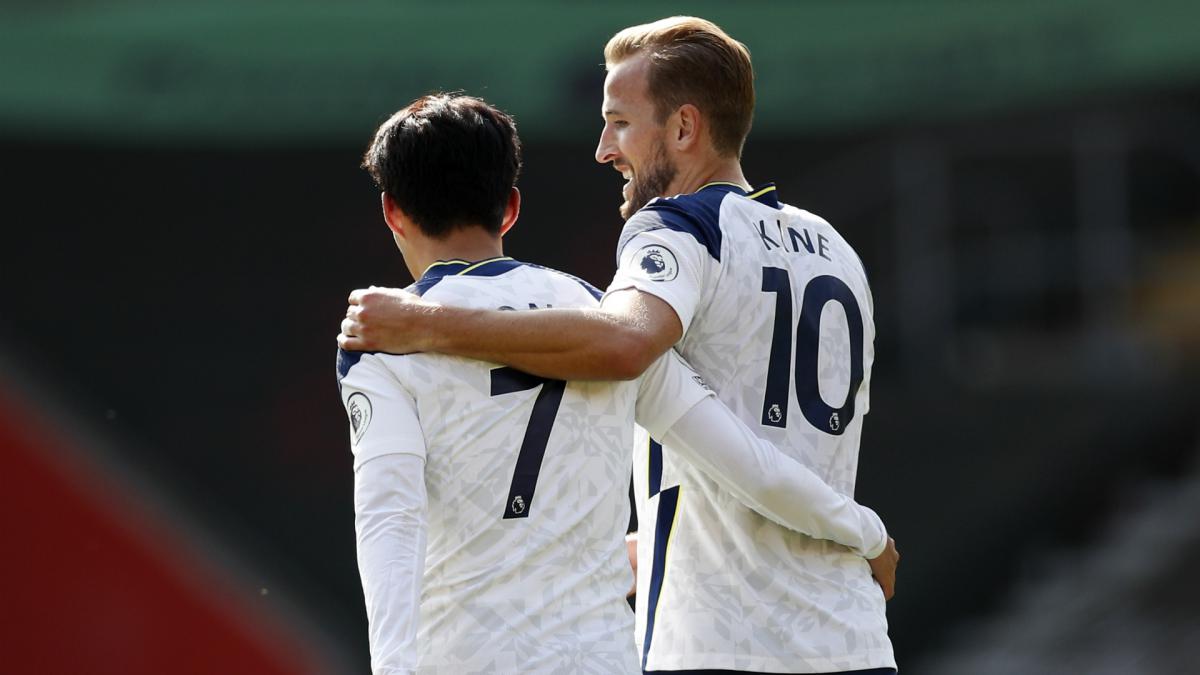 Mourinho felt so strongly about Kane deserving the prize that he actually interrupted Son’s post match interview to make his concerns heard.

While Son was being asked, ironically, about his on-field partnership with Kane, Mourinho interrupted and said: “Man of the Match, Harry Kane,” before walking away.

“I will say that Harry is the Man of the Match because he scored one goal and he gave four assists,” he added.

“With Harry we were working together so long, this is the sixth season. We know each other, we want to have a good relationship on the pitch and even off the pitch. I think we work really, really hard to have a better relationship, even better than now. So obviously it’s not perfect, but we’re going to have a perfect relationship.” 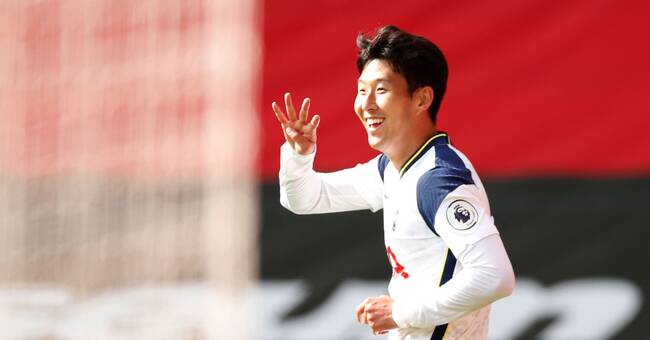 Man of the match – Son Heung-min? Jose Mourinho isn't having it 😂https://t.co/HozX03CuHY pic.twitter.com/EAsty4C4xz

Mourinho wasn’t done there, however, as he went over to Harry Kane’s post game interview and interrupted that as well, declaring the striker as his Man of the Match.

Safe to say Jose was impressed with our No.10! 😄#THFC ⚪️ #COYS pic.twitter.com/quYQDPk5Ju

Some people on Twitter weren’t pleased with Jose’s antics, however, saying that he took the shine of Son’s great performance.

I at times, can’t understand Jose’s behaviour. Did he really have to say that? Weird way of praising a player.

would mourinho would have done that if kane scored 4 and son assisted 4? probably best to leave it in the changing room…not sure why he had to say that in front of national tv.

Disguised as having a laugh, bit of banter. No. Mourinho has bullied Son there and took the shine of his 4 goals. Trust me thats playing on Sons mind now.

What away to put a boy down.

It’s why he inevitably will fall out with the players like he seems to do everywhere nowadays.