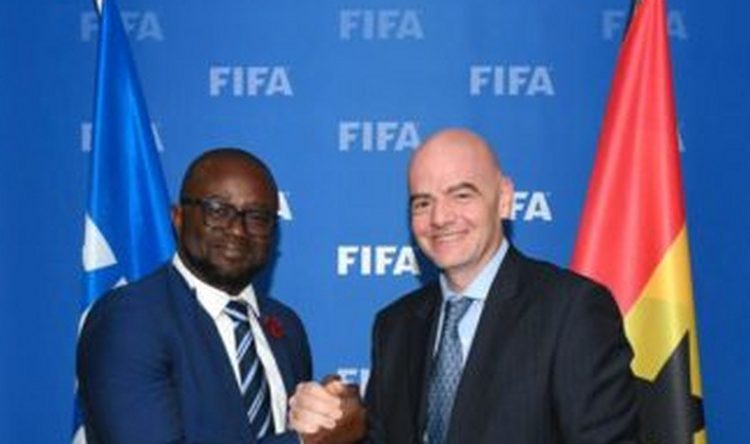 FIFA President Gianni Infantino has expressed his condolences to the victims of last Saturday’s tragic car accident involving some young footballers on the Offinso road.

In a letter to the Ghana Football Association, President of the World football governing body, underlined his support to families of the seven footballers who lost their lives and to those who got injured after the vehicle they were travelling in, unfortunately landed in the Offin River.

“It is with great shock and deep sadness that I send you this message, after learning of the tragic death of eight young football players filling a car accident at Offinso , in the Ashanti Region” the FIFA President wrote in his letter to GFA President Kurt Edwin Simeon Okraku.

“On behalf of FIFA and the world football community, we would like to express our condolences to the Ghana Football Association, the National Juvenile Committee, and above all, to the families, friends and loved ones of the victims.

“Our thoughts also go out to the injured to whom we wish a prompt and full recovery. The international football community expresses its deepest sympathy to all of them at this very painful time”.

He added that “In these moments of great sorrow, we accompany them from a distance and hope that this message can ease their pain and provide them with support and comfort

This follows an accident on Saturday, involving about 34 young footballers of Africa Vision Soccer Academy claiming the lives of seven footballers as the minibus they were travelling on plunged into the Ofinso river.

Sadly, six of the young footballers died on the spot while one who was in a critical condition died at the Komfo Anokye Teaching Hospital in Kumasi on Sunday.

Ten of the victims were treated at the St. Patrick’s Hospital and have been discharged while others are still receiving treat at the various hospitals.