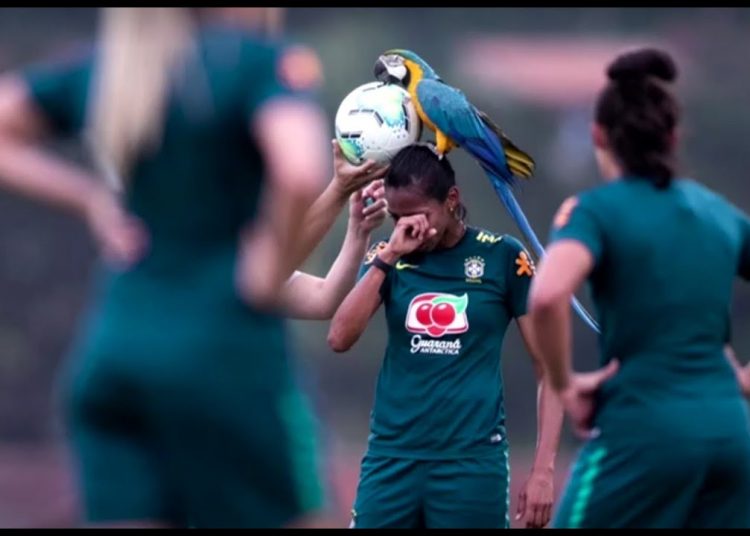 A macaw became the head coach for a few moments when it briefly stopped training after landing on a player’s head during the session.

The Brazil women’s national team were having a routine training session in Teresopolis, when the bird flew in and landed on defender Bruna Benites’ head.

The session was halted, as one of the coaching staff helped the bird on its way.

See the video of the incident below:

A parrot paused a soccer play after landing on the head of defender Bruna Benites.

The Brazilian Football Federation (CBF) earlier this month, announced equal pay for both their male and female national teams.