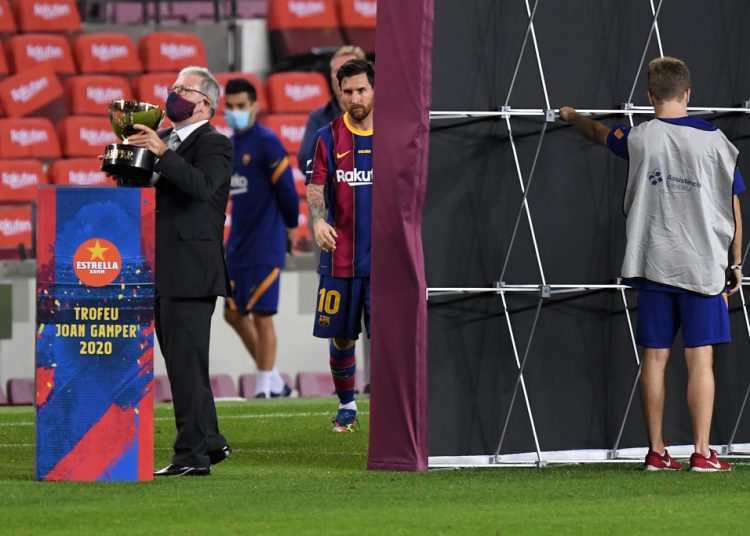 Lionel Messi’s desire to leave Barcelona this summer was much-publicised and was the story of the transfer window.

His ultimate decision to remain at the Catalan club appeared to have put the matter to rest, at least for another year.

However, it seems that despite ending speculation over his future by remaining at Barcelona, Messi might still not have put his scuppered move behind him.

Barca won the Joan Gamper Trophy, the friendly tournament hosted by the club before the start of their La Liga campaign, on Saturday beating Elche 1-0. 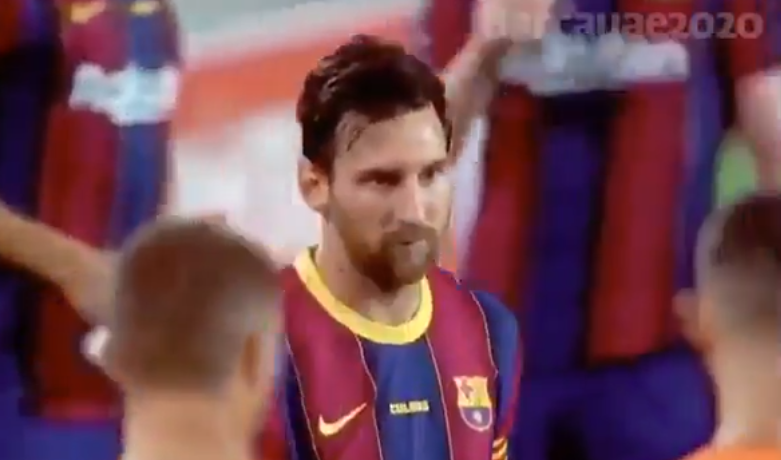 While winning this preseason trophy might not be the biggest deal in the world, one would expect a little more emotion than was shown by the Barcelona captain when he was presented with the trophy.

A sad and forlorn-looking Messi left the bench, walked up to the presentation area where he was given the trophy, and posed for the mandatory photo before promptly walking off without raising the trophy which he did last year.

He then joined his mates for the group picture with the trophy.

Some fans of the player were not too pleased about seeing the Argentine looking so unhappy and expressed their anger at Barcelona for not honouring his wishes.

The way things going on, barça will force Messi to retire

when you got betrayed by something you supposedly to love https://t.co/JSxVgmQDkE

watching this really breaks my heart 😪💔 forcing him to stay another year at Barça is really a dick move @FCBarcelona this will never be forgotten https://t.co/FHQ0t0uBJS

I have never seen him this lifeless. I can’t believe that Messi dedicated his entire life to Barcelona and the only request he had was to leave in peace and the club’s clown owner held him hostage against his will. It is so sad to watch and they are even selling players. https://t.co/vebKnOI3eI

Just add this track to any clip and it’s the saddest thing you’re gonna watch for the day https://t.co/4r4BxH3gtS

They treating their greatest player of all time like this. https://t.co/ezk06CG8k3

The situation became so heated that even La Liga have jumped in, siding with the club in the dispute, with suggestions that the league is desperate not to lose Messi, a few years after Cristiano Ronaldo switched camps to the Italian Serie A.

The Argentine was locked in an impasse with the club, which threatened to boil over into a very hostile situation.

Every team was interested in getting Messi but only a handful had the financial muscle to try and prise the Argentine away from Barcelona.

Eventually, he decided to stay at the club although he made it clear it wasn’t a choice he was happy with.