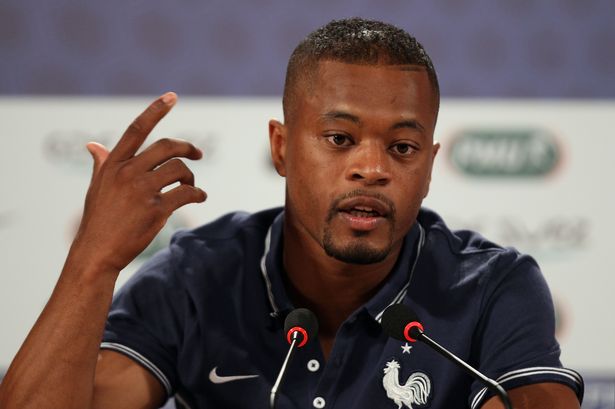 Patrice Evra has attacked Manchester United and accused people at Old Trafford of being arrogant and lacking respect for the club’s history.

Evra, who won five Premier League titles, the Champions League and the Club World Cup in eight-and-a-half seasons at United between 2006 and 2014, made the claims in an extraordinary 20-minute long video on his Instagram page.

United have been linked with a number of players during the summer transfer window including Jadon Sancho, Dayot Upamecano, Gareth Bale, Sergio Reguilon and Alex Telles but so far their only signing is Donny van de Beek from Ajax. They began their Premier League campaign with a 3-1 defeat against Crystal Palace at Old Trafford on Saturday.

“The club needs to stop being so arrogant,” Evra said. “There are certain people at the club right now that don’t even respect Sir Alex Ferguson.

“Before us, Bobby Charlton, George Best, they make the history of the club and we try to respect it — the Treble season of ’99 and us in ’08. But some people want to blow this legacy away. For what? Business? I think some people who work for this club are damaging this club. That’s why we have to tell the truth to the fans.”

He added: “The only problem I would say to [United executive vice-chairman Ed Woodward] is trusting people he should never trust. He even trusts people outside the club that he shouldn’t.

“When we want a player and they cost say £20 million, we end up trying to buy him for £100m. Now those players don’t even want our money any more.”

United have seen Chelsea spend over £200m on transfers this summer but have been frustrated in their attempts to bolster a squad that finished ahead of Frank Lampard’s men last term. And Evra has claimed that Matt Judge, who works with Woodward in player recruitment, has not been contactable over the summer.

“A sporting director from a top club called me and asked me to tell Matt Judge to answer his phone,” Evra added.