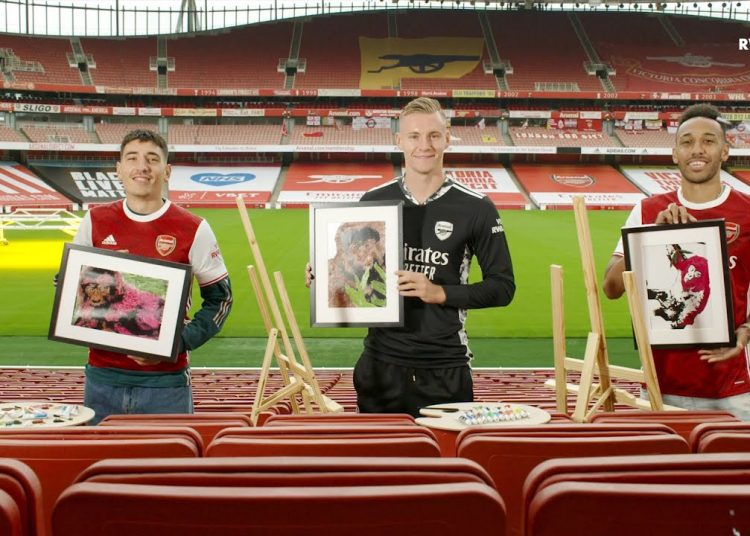 This is a part of Arsenal’s partnership with Visit Rwanda, the three-year deal was signed in 2018 and made the company the club’s official tourism partner.

During the ceremony, the three Arsenal stars had the chance to name three gorillas.

Arsenal captain, Pierre-Emerick Aubameyang named his baby gorilla Igitego which means ‘Goal’, which is the son of Pasika from the Mafunzo family and was born on July 5, 2019.

Hector Bellerin named a baby gorilla Iriza, which means ‘First Born’. Iriza is the daughter of Igihembo from the Kwitonda family and was born on October 11, 2019.

Bernd Leno named a baby gorilla Myugariro, which means ‘Defender’. Myugariro is the baby of Kubaha from the Amahoro family and was born on September 28, 2019.

Aubameyang, Bellerin, and Leno’s contribution to this year’s naming ceremony is part of Visit Rwanda’s partnership with Arsenal as the club’s official tourism partner and sleeve sponsor.

This year, 24 baby gorillas that call Rwanda’s Volcanoes National Park home, will be named in a celebration of nature and the conservation front-liners who protect and care for them every day.