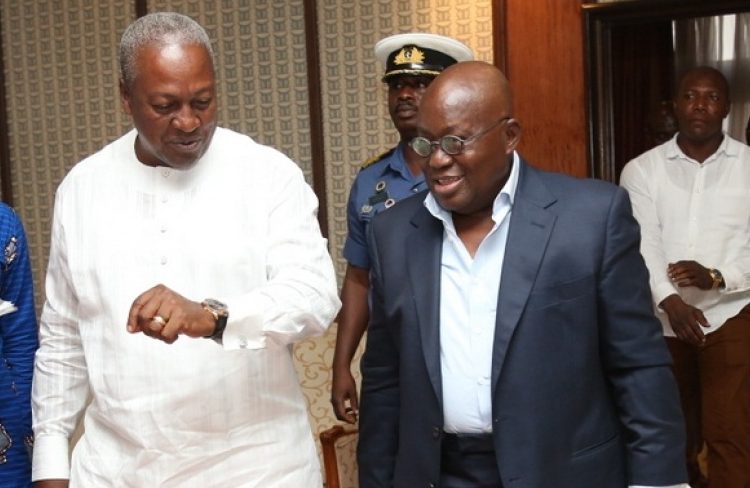 In Ghana, the vast majority of football fans support the best clubs in Europe, with many tilting towards Chelsea, Liverpool, Manchester United, Arsenal, Barcelona, and Real Madrid.

It is rare to find staunch supporters of clubs outside the bracket of the elite clubs who have won most of the major trophies in the last 4 decades.

However, in Ghana, there is one stalwart fan of Tottenham Hotspur and that is the president of the Republic of Ghana – Nana Addo Dankwa Akufo-Addo.

In a viral video that broke the internet, Ghana’s President was seen in a joyous mood as Spurs reached a historic landmark; their first-ever UEFA Champions League final.

Tottenham Hotspur overturned a 1-0 first leg deficit to beat Ajax Amsterdam 3-2 at the Johan Cruyff Arena and secure their place in the final against Liverpool.

Liverpool then piped Tottenham Hotspur in the 2019 UEFA Champions League final by two goals to nil courtesy a Mohammed Salah penalty and a late Divock Origi strike at the Wanda Metropolitano.

President Akufo-Addo is on record to have revealed that his support for Spurs began during the days of the all-conquering double-winning side in the 1960s.

“It was from my childhood in England. I saw the great double side, the side of Danny Blanchflower, Johnny White, and Duncan McNair. It was a great football side; they won my heart from there,” Akufo-Addo said on revealed.

The London-based club could not match that title-winning achievement by beating the Reds who sealed their 6th UEFA Champions League trophy.

After the Merseyside team picked up the trophy, ex-president John Dramani Mahama took what many on social media saw as a subtle dig at his successor, Nana Akufo-Addo.

Great victory! Liverpool! 💪🏽
Congrats on the 6th Cup to all @LFC fans.

Trolling at the highest level 🤣🤣🤣🤣

The duo will go head-to-head again this year as Ghanaians are set to elect their next president in December.