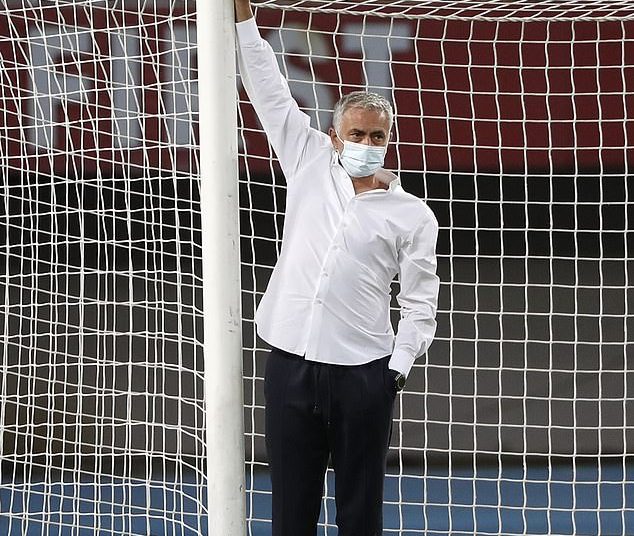 Ahead of Tottenham Hotspur’s clash with KF Shkendija in the Europa League, Jose Mourinho ensured the goalposts were changed after noticing they were smaller than usual.

The attention of the Portuguese tactician was drawn by his goalkeeper, Joe Hart who was making his debut for the club after joining in the 2020 summer transfer window.

“Before the game was a funny situation because my goalkeeper [Joe Hart] told me the goal was small.

“I went to see and it was small. The goalkeepers spend all their time in them, so we know.

“I felt immediately something was wrong, and we got the UEFA delegate to come in and it was 5 cm too small. We asked for the goals of the right dimensions.”

The Spurs boss even took to social media after the game to pose with the original goal, which measured up at 7ft 10 instead of the regulation 8ft and had Hugo Lloris pose in the goal too.

Tottenham Hotspur, however ran away with a 3-1 win in Macedonia, beating KF Shkendija to progress to the next round of qualifiers in the UEFA Europa League.

Spurs will now host Newcastle in the Premier League on Sunday after thrashing Southampton 5-2 last weekend.