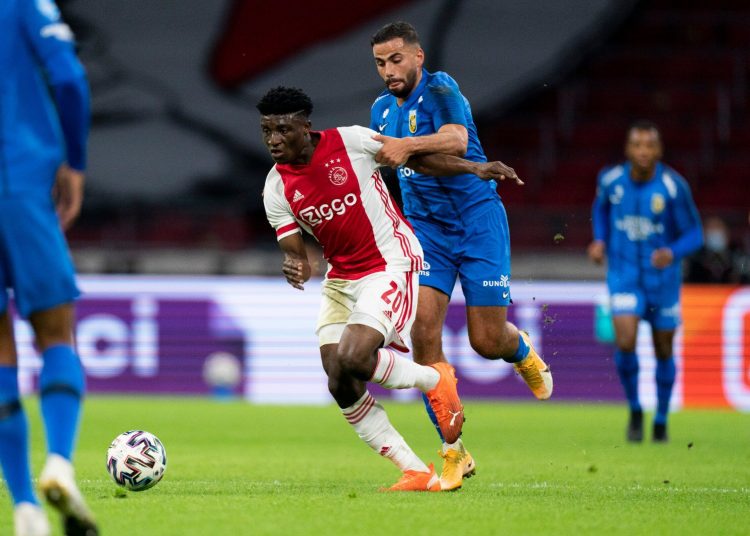 Ghana’s Mohammed Kudus showed his worth once again as Ajax Amsterdam triumphed over Vitesse Arnhem in the Dutch Eredivisie.

The 20-year-old was superb yet again for Erik ten Hag’s men as they secured an important 2-1 win on the road.
The Dutch champions took off well as Quincy Promes handed his side the lead in the 21st-minute.

However, things got complicated as Alvarez got sent off forcing Ten Hag to withdraw Kudus into a more defensive midfield role.

The 20 year old, who was named Man of the Match in his full Ajax debut last weekend, put in yet another wonderful shift, capping his performance with an assist that has everyone talking.

With Ajax in need of magic after Vitesse pulled level in the second half, Kudus provided it, picking up a pass from central midfield, then beating his opponent for pace before setting the ball up for Anthony who smashed home to hand Ajax all 3 points.

Ajax sit comfortably on the league with 9 points from three games and will face FC Groningen in the next game of the 2020-2021 league season.

What a run by Kudus and that finish from Antony with 2* WFpic.twitter.com/AQOcbDH8Ny

I don't regret playing for Ghana, it's all I ever wanted - Adam Kwarasey