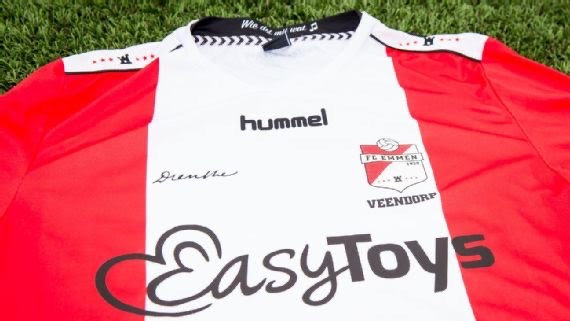 Dutch top-flight club FC Emmen were the talk of town this past week, in the Eredivise, for the most bizarre reason possible.

FC Emmen, were last week allowed to display the logo of a sex toy company on their shirts, following a decision of the Dutch football association (KNVB) to reverse a ban.

The Dutch side will now be allowed to feature the ‘EasyToys’ logo on their matchday outfits for one year at least as opposed to the initially planned three-year deal.

The sex toy company, in welcoming the fans to the De Oude Meerdijk, the home of FC Emmen, placed a large inflatable balloon in the shape of a woman’s legs with the caption “Easytoys wish you a warm welcome to FC Emmen”, at the entrance of the stadium.

The gesture caused a huge stir, and has sent Football twitter into a frenzy.

See the photo below: 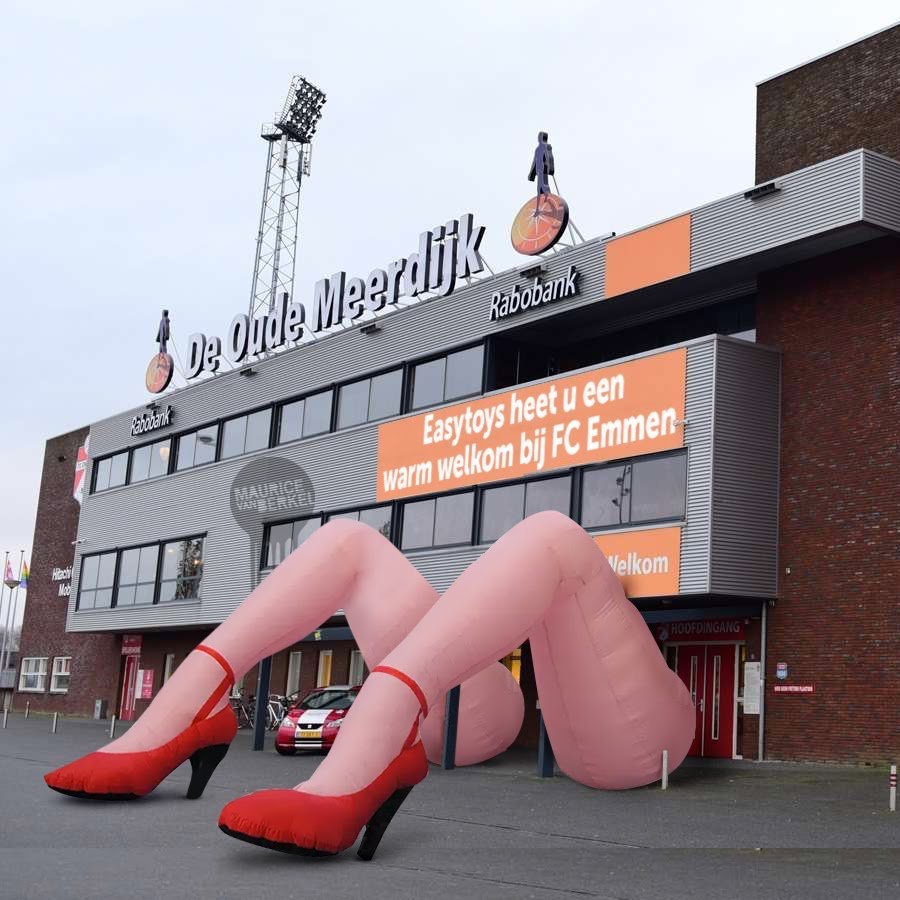