in Football, News, Premier League
Share on FacebookShare on TwitterShare via Whatsapp

Sadio Mane netted his third Premier League goal of the season as Liverpool beat Arsenal 3-1 – but should he have been on the pitch?

The forward equalized with an easy tap in after Bernd Leno could only parry Mohamed Salah’s powerful strike straight into the path of the Senegal international. 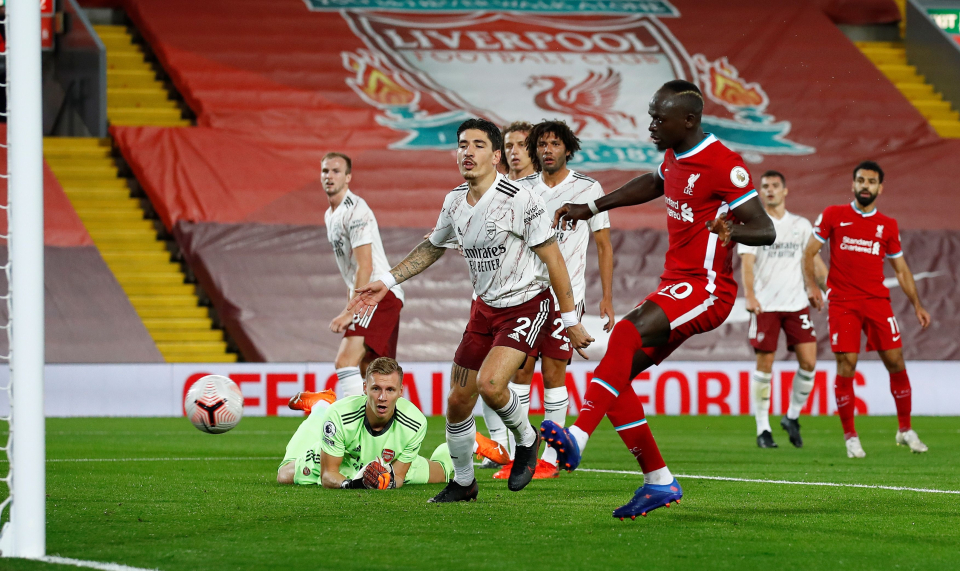 Alexandre Lacazette gave the visitors the lead against the run of play at Anfield with a scuffed effort after Andy Robertson horribly miscued an Ainsley Maitland-Niles’ low cross from the left.

However, Robertson atoned for his earlier error when fellow full-back Trent Alexander-Arnold’s cross fell to him and the Scot clipped the ball over the onrushing Leno.

Jürgen Klopp’s side needed goalkeeper Alisson Becker to make a crucial save as he blocked Lacazette’s shot – the Frenchman finding himself clean through on goal midway through the second half.

And new signing Diogo Jota opened his Liverpool goalscoring account to seal the win. The Portugal international, who came on for Mane, volleyed the ball home low into the bottom corner.

Liverpool was good value for their win but Arsenal may have a right to feel aggrieved that Mane was on hand to make it 1-1 as he could have been sent off after just two minutes.

Mane raised his arms as he tried to shield the ball from Gunners defender Kieran Tierney but elbowed the left-back in the face when doing so.

Pawson opted to show Mane a yellow card but on another day, it so easily could have been a red.

GUTTED: See how referee reacted to Alexandre Lacazette's miss of the season [VIDEO]