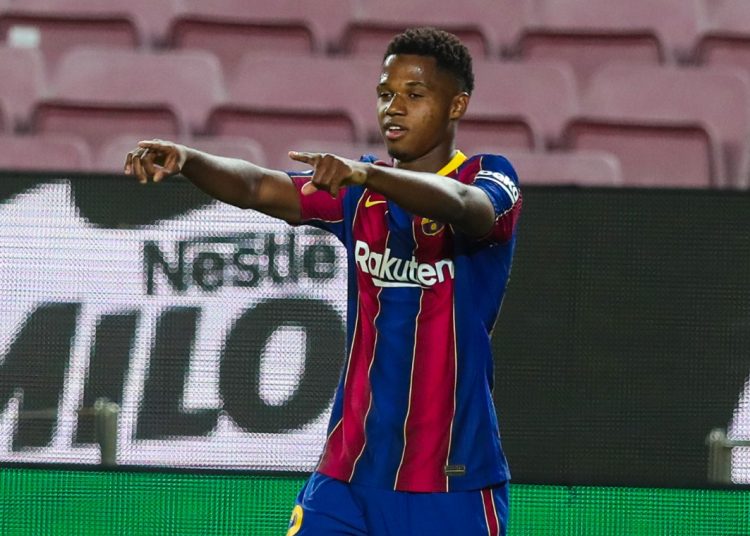 Barcelona teenage star, Ansu Fati was denied the man of the match award in his side’s 4-0 win because it is sponsored by a beer company.

The 17-year-old dazzled for the Catalan giants as they thumped Villarreal 4-0, a game Fati scored a brace before coming off in the second half.

He was the main threat of the game as he tormented the defense of the opponents as Barcelona started their 2020/2021 league campaign on a bright note.

However, his performances could not win him the man of the match trophy because of drinking restriction in Spain.

He is yet to turn 18 and thus the award is sponsored by Budweiser, a beer company was handed to Jordi Alba.

Fati has been tipped to achieve bigger things since making his debut for the first team.

The teenager will soon turn 18 on October 31 and will be hoping to produce a man of the match worthy performances in order to claim the accolade.