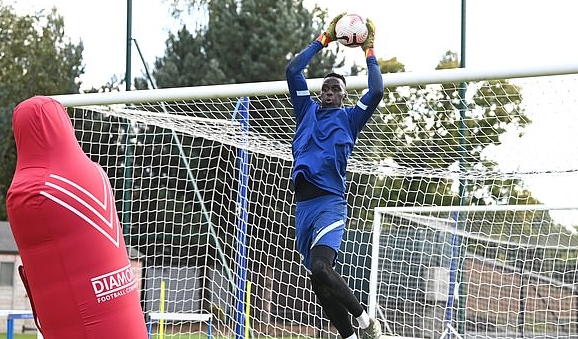 Mendy was signed by the Blues to provide some competition for Kepa Arrizabalaga, who has endured a torrid start to the season.

Many fans were pleased with the signing, with a number of them suggesting that the Senegalese keeper’s arrival could spell the end of Kepa’s time in goal for the leaky Blues. 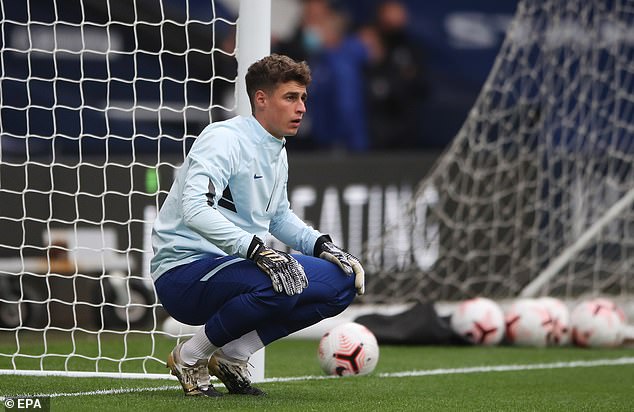 Blues supporters have been wondering how the signing could affect the dynamic in the dressing room, with Kepa already losing his starting place to backup, Willy Caballero against West Brom.

And soon after Mendy signed for the Blues, these assertions seemed to be confirmed when a tweet was posted, purportedly from the new keeper, that suggested that Kepa was not pleased with the new threat.

The tweet said Kepa had removed Mendy from the Chelsea WhatsApp group, and asked captain Caesar Azpilicueta to add him back.

The account was so convincing that a lot of Chelsea fans actually believed this had happened and responded, with some suggesting that Kepa had overreacted, while others criticised the keeper for “going public” with the issue.

Kepa removed me from the Chelsea WhatsApp Group. @CesarAzpi add me back bro.

However, some eagle-eyed Chelsea fans noticed that an ‘a’ was missing from the player’s name, while the account’s bio also indicated it was a parody account.

Most fans saw the funny side of the post once the discovery was made, responding with laughing emojis and memes.

The tweet has still managed to garner over 8,000 retweets and almost 65,000 likes with many still convinced the Blues new signing sent out the tweet.

No worry, you’ll remove him from the post 😂😂 https://t.co/Cfug1SnsmG

Don’t worry bro, he’s going for a ”loan” so you’re gonna have all the playing time. https://t.co/wCaJr5NScR

This Kepa is really envy for the fact that you’re his upgrade…
Never take your opportunity for granted bro…
You’re far better than the Kid.#NeverGiveUp https://t.co/ynrqgjuEJz

Please don’t come and divide this great young team. Just do your best to help the team win and leave twitter along. Even though he remove you while will you make it public? Sort out it privately.

This is really funny https://t.co/2NOloCihB2

The criticism of Chelsea’s defence in recent times is definitely warranted with the Blues conceding 54 goals in the league alone last season.

The club’s first two games of the season showed that despite signing Ben Chilwell and Thiago Silva, who made their first appearances last night, that their biggest problem area had still not been solved.

Failing to keep out shots that any average goalie, let alone the most expensive in the history of football, should save easily became a feature of Kepa’s season in the last campaign.

The groans of Chelsea fans any time a shot was fired at their goalkeeper, and almost inevitably ended up in the back of the net, became as frequent as the cheers for the goals scored by their squad.

This returned in their first game of the season where Brighton’s solitary goal in the 3-1 loss to Chelsea came from a shot that squirmed under the dive of Kepa.

His offence was even more grievous against Liverpool a week later, gifting the ball to Sadio Mane who scored Liverpool’s second goal.

Caballero was more solid in the win over Barnsley but he showed against West Brom that he’s not usually the safest pair of hands either.