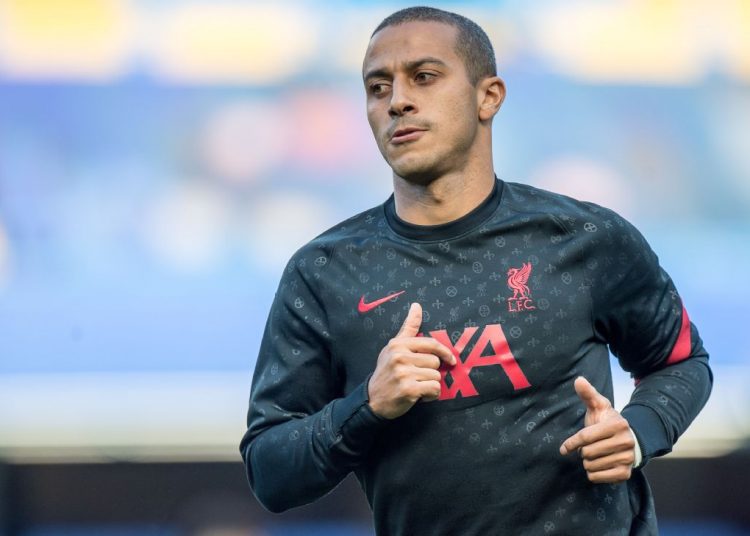 “Thiago Alcantara has tested positive for COVID-19 and is currently self-isolating according to the necessary guidelines,” the defending Premier League champions said in a statement.

“The club has, and will continue to follow, all protocols relating to COVID-19 and Thiago will remain in self-isolation for the required period of time.”

The club added he is exhibiting “minor symptoms.”

Thiago moved to Anfield from Bayern Munich earlier this month. After making his debut against Chelsea last week, he did not feature in the club’s 3-1 Premier League victory over Arsenal on Monday, with manager Jurgen Klopp telling reporters after the match he was not fit enough to play.

“After the international break he will be fine, for sure,” Klopp told Sky Sports after the game.

“That’s the situation in the moment. He is not fit enough to be involved today, but that’s it.”

Liverpool’s website reported that his absence was due to a “minor fitness issue.”