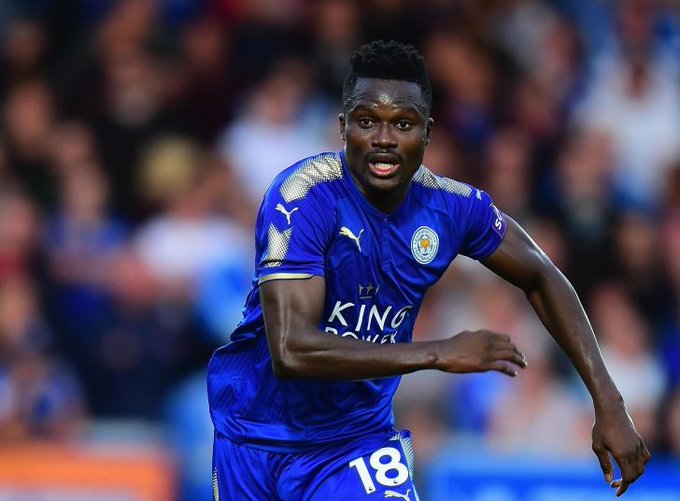 Daniel Amartey will “most definitely” be a part of the Leicester City squad for the 2020/21 season after playing his first games in 23 months, but his return to fitness does not change the club’s transfer plans.

The Ghana international played on the right of a back three in City’s Carabao Cup defeat to Arsenal, and then in their stunning 5-2 victory at Manchester City on Sunday, showing his strength and defensive awareness to keep Pep Guardiola’s attackers at arm’s length.

After nearly two years on the sidelines recovering from a broken ankle suffered in October 2018, it was suspected that Amartey’s time at the club was coming to the end, and he had been linked with a switch to Fulham.

But manager Brendan Rodgers said Amartey will remain in the first-team squad for the campaign, becaadding that the club is still eager to bring in another centre-back before the window’s deadline in a week’s time.

“I spoke to him briefly in terms of how well he’d been training and then he felt the confidence of coming into the game,” Rodgers said after Amartey helped Leicester return to the top of the Premier League table with victory at the Etihad Stadium.

“I wanted to see how he would do because he’d done so well in training. It was no different to Cags, when I came in, he wasn’t in the squad, but he really impressed me in training. Daniel was the same.

“He’s worked his way back to a really good level. He has shown an incredible level of fitness this last week to play against Arsenal and then Manchester City on Wednesday and Sunday in his first games for two years. It shows how hard he’s worked, and the trust I had in him to put him in. It’s a great credit to him and the work he’s done.