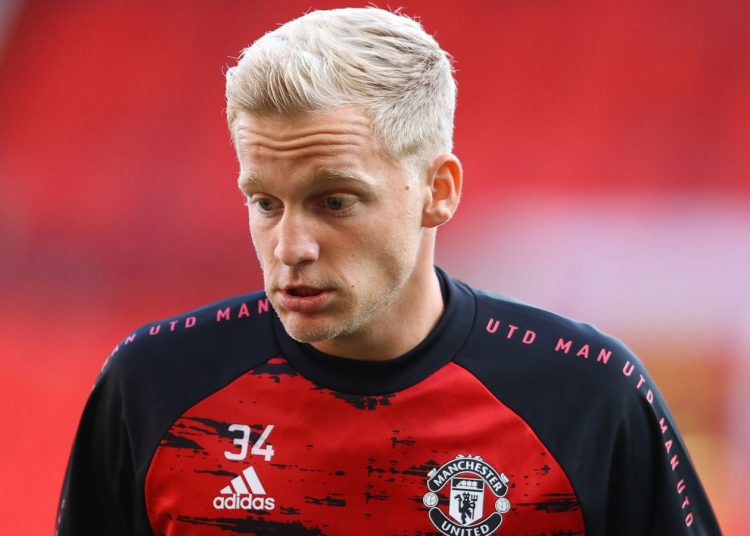 Donny van de Beek’s agent has criticised Manchester United’s treatment of the midfielder, and claims they should have been beaten 7-1 by Brighton last weekend.

Van de Beek signed a five-year deal with United after arriving for a fee of up to £39m from Ajax earlier this month, but has played in just 24 minutes of their two Premier League games so far this season.

Despite his lack of football, Van de Beek was still able to make an impact in both of those appearances; he scored on his debut in United’s defeat to Palace, and helped to earn the penalty that led to their winner at Brighton.

But Ole Gunnar Solskjaer’s decision to place his client on the bench has not impressed Sjaak Swart who, before becoming an agent, spent nearly 20 years as a player at Ajax, where he was part of their famous side that won three consecutive European Cups between 1971 and 1973.

Swart told Dutch outlet VoetbalPrimeur: “A substitute; I don’t like it at all.

“I couldn’t do it, coming on with four minutes left. You’d have to leave me on the bench.

“But, I have to say, he still did three good things. And the penalty, where the winning goal came from, came from him. He did well in those couple of minutes.
“But normally they should have lost 7-1. Brighton hit the post and the bar five times. They (Brighton) have a nice team, but that shouldn’t happen to Manchester United.”

While Van de Beek has had to be patient for game-time in the Premier League, he did start United’s Carabao Cup win at Luton last week, and will hope to feature again in their fourth-round tie away to Brighton on Wednesday night
Source: Skysports
ShareTweetSend
Previous Post