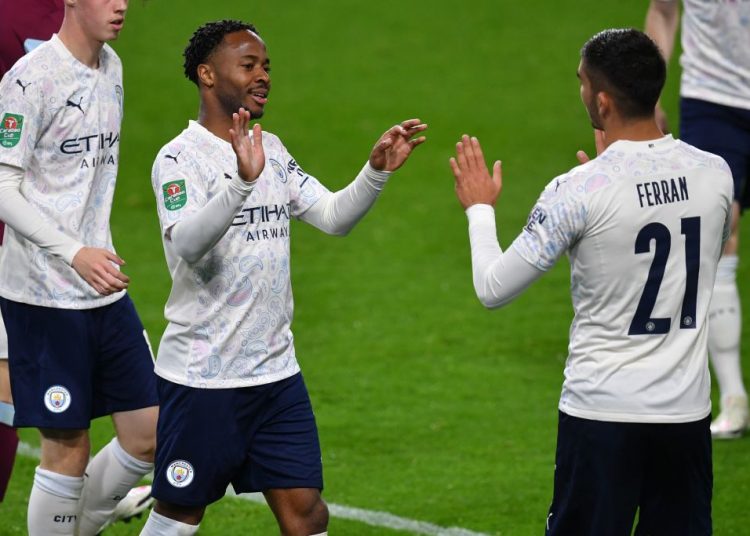 Raheem Sterling’s first two Manchester City goals of the season – and Ferran Torres’ first for the club – ensured the holders reached the quarter-finals of the Carabao Cup at Burnley’s expense.

City dominated the game and Burnley keeper Bailey Peacock-Farrell had to twice smartly deny Sterling before the England forward got the breakthrough after Benjamin Mendy’s cross.

His second was a close-range finish from Torres’ cross before the Spain winger, who joined from Valencia for £20.78m in August, put the tie beyond Burnley’s reach with an instinctive finish to cap a fine individual display.

Burnley struggled to create chances and it required a fine block by Peacock-Farrell to deny Sterling, who has scored 33 goals for City since the start of last season, his hat-trick.

It was the perfect response by Pep Guardiola’s side after their 5-2 home drubbing by Leicester City last Sunday.

The draw for the quarter-finals takes place after Liverpool’s tie against Arsenal (19:45 BST) on Thursday.