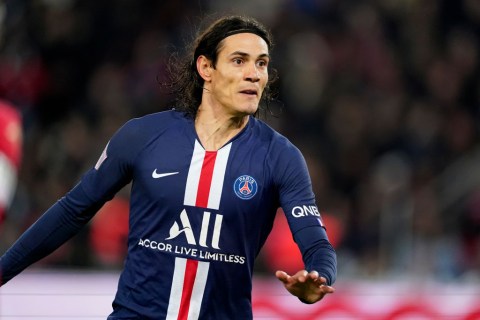 Former Paris St-Germain striker Edinson Cavani is due to fly into England on Sunday to join Manchester United.

The Uruguay international, 33, has been in talks with United and although there is no deal yet, it is growing increasingly likely Cavani will join on what could be a two-year contract.

Cavani is out of contract having left Paris St-Germain at the end of June.

He left PSG under a cloud following a disagreement with Neymar and feels he has more to give to European football.

United have been given a positive impression about the player’s desire to play for the club and providing face-to-face talks confirm that impression, a deal will be done.

It is understood the package on the table does not go beyond the current pay structure, so United feel any comparisons with Alexis Sanchez, who was given a £350,000-a-week contract which he failed to come close to justifying, would be wide of the mark.

They also feel Cavani’s age is not an issue and his experience will help develop the younger players in Ole Gunnar Solskjaer’s squad.

It is understood talks over signing Borussia Dortmund winger Jadon Sancho have not progressed, although club sources refuse to say whether United’s attempt to land the 20-year-old England international is over.