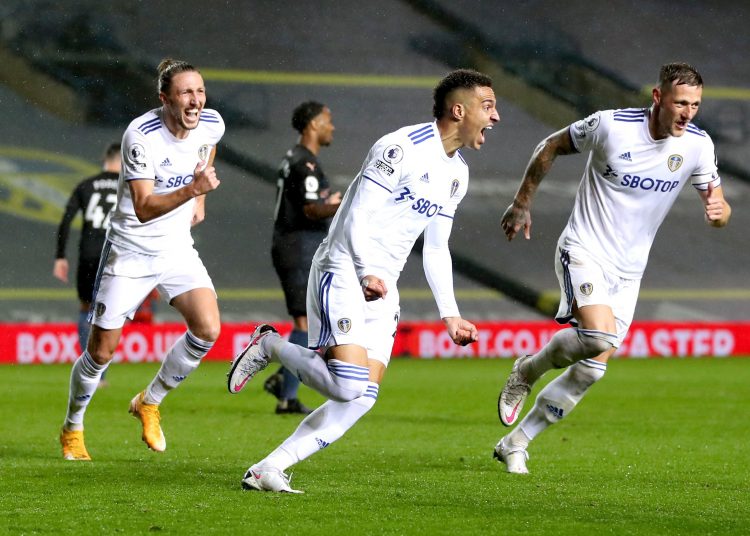 Leeds United came from behind in stirring fashion to secure a thoroughly deserved point as they played out a thrilling draw with Manchester City at Elland Road.

In the battle of wits between City manager Pep Guardiola and his inspiration Marcelo Bielsa, Raheem Sterling’s smart 17th-minute finish was the reward for an early siege on the Leeds goal.

In the glorious chaos of this end-to-end encounter, Leeds fought back to force two fine saves from Ederson at the feet of Stuart Dallas and Luke Ayling in the first half before his weak punch from a corner gifted substitute Rodrigo an equaliser on the hour.

Kevin De Bruyne hit the post for City in the first half and they had several near misses after the break but Leeds, bursting with energy, were a huge threat, Ederson rescuing a rocking City by turning Rodrigo’s header on to the bar before saving superbly at the feet of Patrick Bamford.