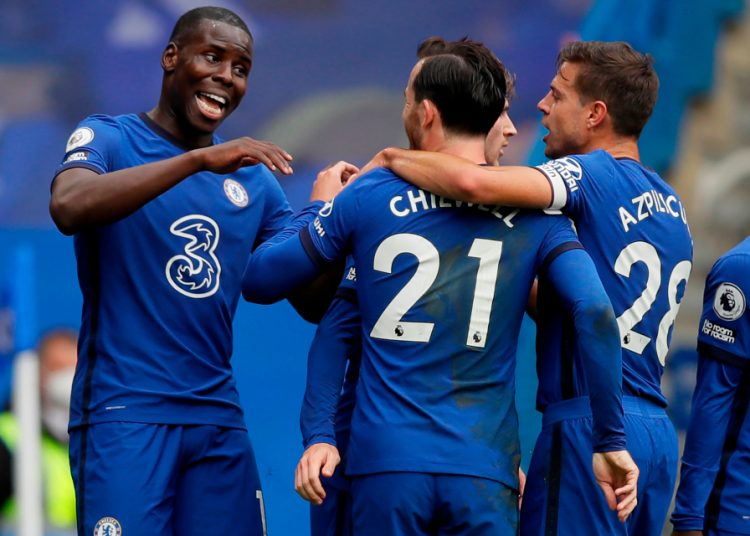 Ben Chilwell had a dream Premier League debut as Chelsea returned to winning ways with a 4-0 victory over Crystal Palace.

The £50million left-back scored one and created another as the Blues netted four second-half goals at Stamford Bridge.

Kurt Zouma grabbed the second from a delicious Chilwell cross, before Jorginho slotted away two penalties, making Palace pay for their earlier tardiness.

Chelsea was made to wait for their visitors at the start of the game – and also ahead of the second half – as the Eagles took ages to make their way to the pitch.

After a quiet first-half, Chelsea got their revenge, and Chilwell wasn’t the only summer signing to impress.

Thiago Silva added an air of calmness in defense, while Kai Havertz pulled the strings in the other half of the pitch throughout.