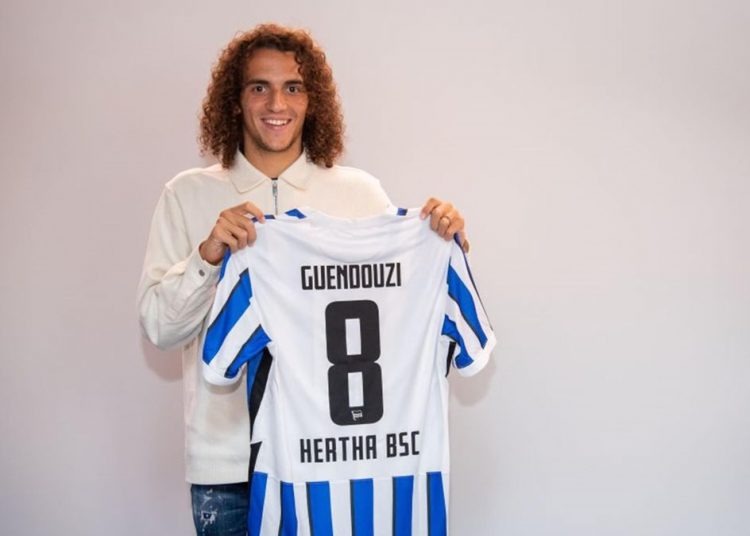 Arsenal midfielder Matteo Guendouzi has joined Bundesliga side Hertha Berlin on loan for the rest of the season.

The 21-year-old has not played for the Gunners since a 2-1 defeat by Brighton in June, during which he was involved in a fracas with Neal Maupay.

The Frenchman signed for Arsenal from Lorient in 2018, having started his career in Paris St-Germain’s academy.

He made 82 appearances for the Gunners, but has not been in the matchday squad this season.

He featured regularly under manager Unai Emery in his debut season in 2018-19, playing in 33 of Arsenal’s 38 Premier League matches.

He was also a regular fixture in the side for the first half of last season, but featured far less following the appointment of Mikel Arteta in December 2019.

In the game at Brighton – Arsenal’s second following the post-lockdown restart – he had to be pulled away from Maupay during a confrontation between both sets of players.

Arsenal re-signed central midfielder Dani Ceballos on loan from Real Madrid this summer and are reportedly working on a deal to sign Thomas Partey from Atletico Madrid on deadline day.