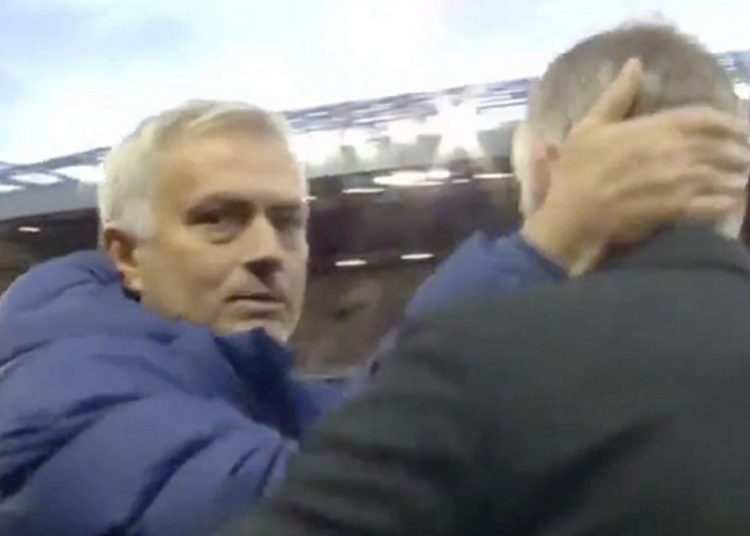 It was a night to forget for Manchester United and their fans as Jose Mourinho returned to Old Trafford with Tottenham and beat them 6-1.

It was after this sweet win that Mourinho patted Ole Gunnar Solskjaer’s head and looked directly into the camera with a cheeky smile.

The Red Devils had the perfect start to the game as Bruno Fernandes scored from the spot but Tanguy Ndombele quickly equalized in a sequence that showed how cringe-worthy Harry Maguire’s defending is.

Son would go on to bag a brace in the first half, with Kane adding the fourth.

Serge Aurier got his name on the score sheet before Harry Kane grabbing a brace to seal a perfect day for Jose Mourinho.

After the game, Jose Mourinho exchanged pleasantries with Solskjaer and that was when he cunningly mocked his opponent with a cheeky smile.