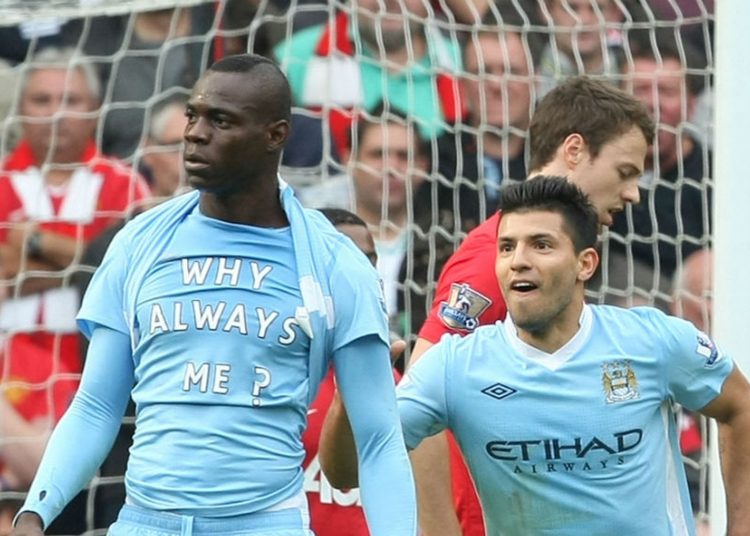 October turns out to be a bad month for Manchester United as recent data by Squawka shows that all four of their heaviest league defeats have come in that period.

The Red Devil bowed to a humiliating 6-1 home defeat to Tottenham Hotspur last Saturday as the gloom around the club deepens.

The defeat at the hands of Jose Mourinho’s Spurs is the club’s joint-worst defeat in their Premier League history.

The other is also a 6-1 loss to cross-town rivals, Manchester City.

Kevin Keegan got the better of Sir Alex Ferguson in style as his Newcastle side marched to a 5-0 win with Philippe Albert scoring a peach of a goal, to sum up the night. 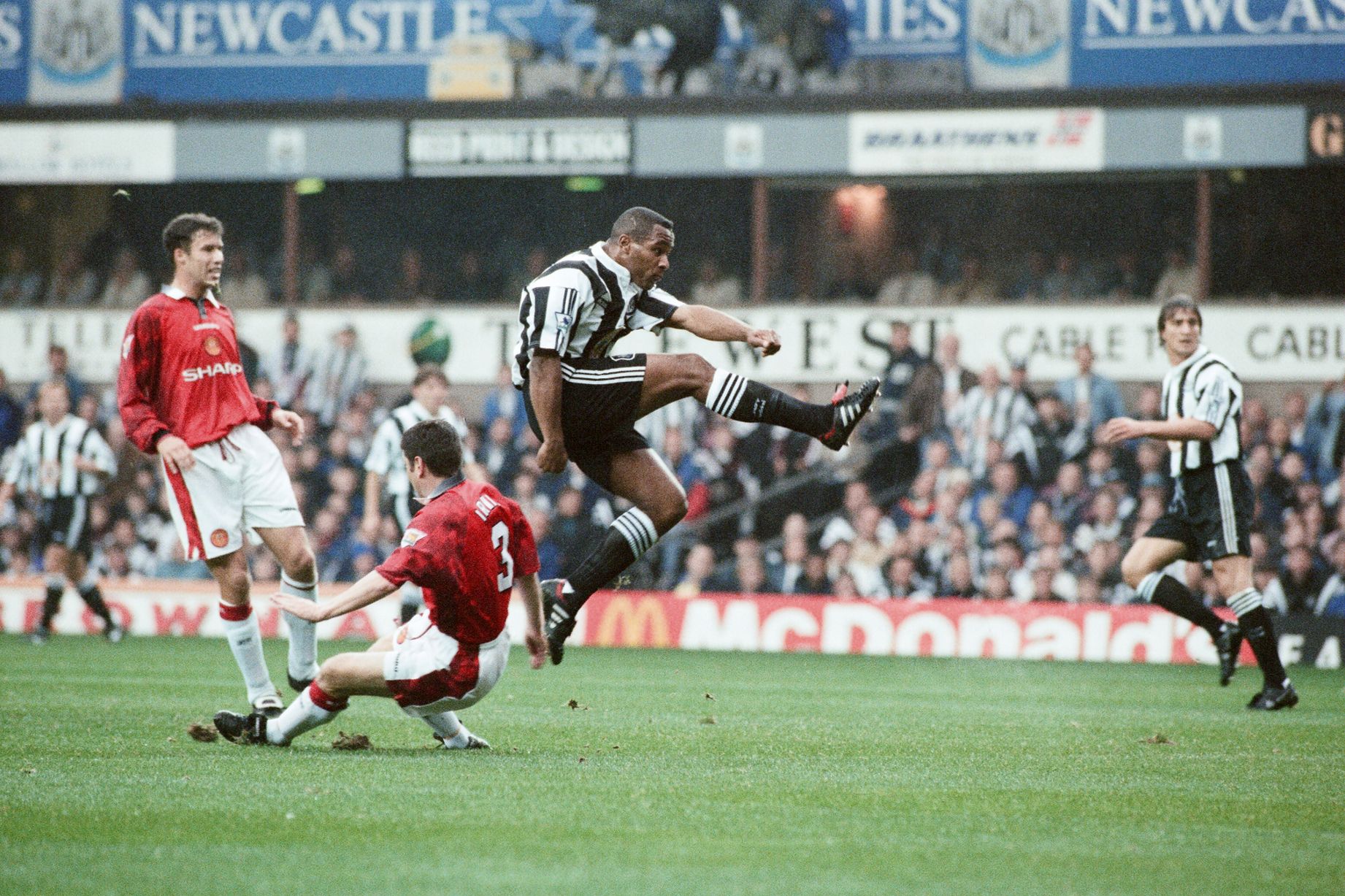 Darren Peacock, David Ginola, Les Ferdinand, and Alan Shearer were the other goal scorers on the night.

Just a week after losing 5-0 to Newcastle, United were beaten 6-3 on the south coast. 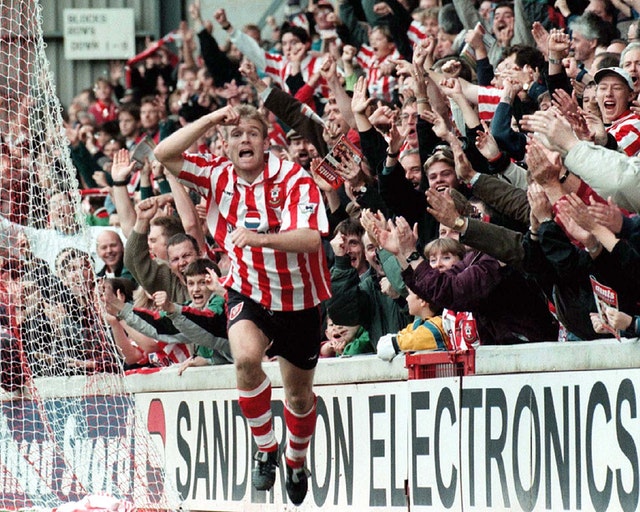 Egil Ostenstad got himself a hat-trick, Eyal Berkovic bagged a brace and Matt Le Tissier chipped Schmeichel. To add to United’s woes, they also saw Roy Keane getting sent off.

The Red Devils were on a 29-game unbeaten run before they met Chelsea, who were then coached by Gianluca Vialli.

It was a terrible day for Manchester United right from the start of the game as Gus Poyet rattled the back of the net with just 27 seconds into the game.

Chris Sutton made it 2-0 before Jody Moris and Henning Berg scoring himself.

The day would turn out even worse when Nicky Butt got a red card for Manchester United. 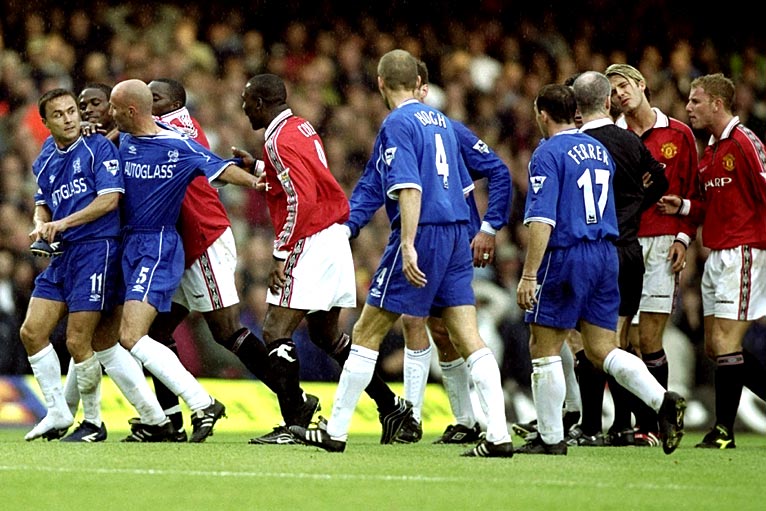 The first time United had conceded six goals at Old Trafford since 1930, this was their heaviest home defeat for 56 years. 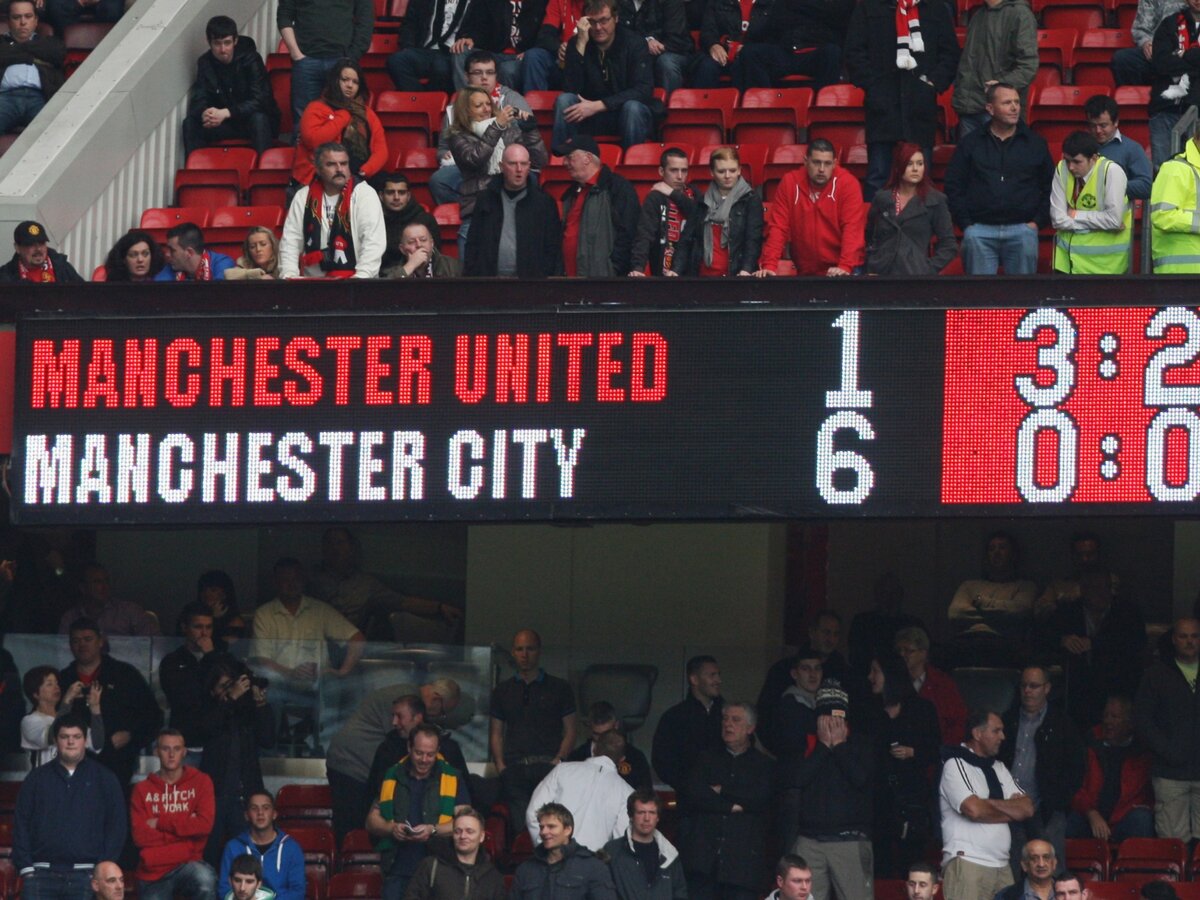 Mario Balotelli (2), Edin Dzeko (2), Sergio Aguero, and David Silva were on target as City kick-started their title drive – with Darren Fletcher’s 81st-minute reply all the hosts could muster.

On Jose Mourinho’s return to the Stamford Bridge as manager of Manchester United, he was humbled by Antonio Conte in a 4-0 riot. 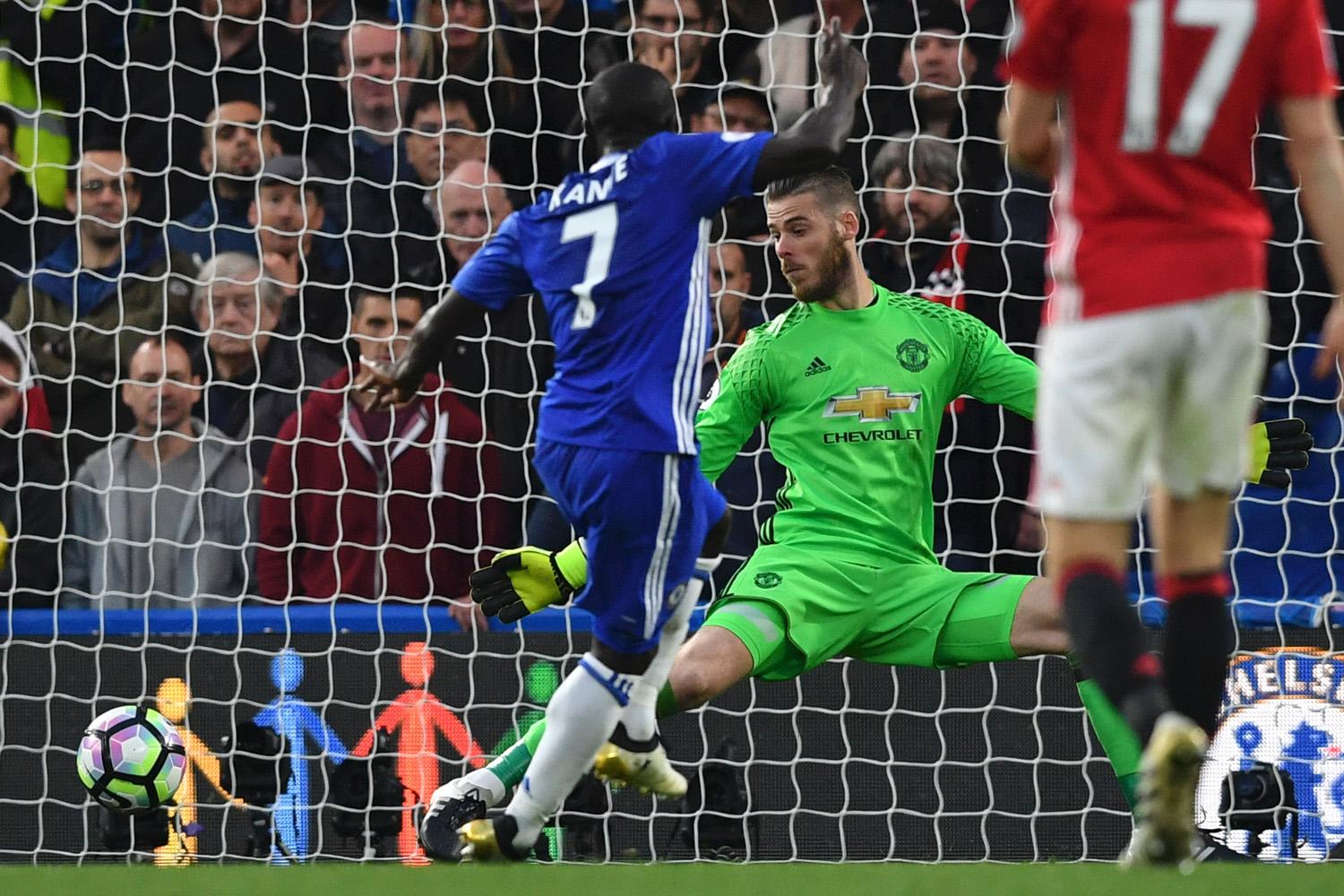 Pedro and Gary Cahill were on target in the first half, before Eden Hazard and N’Golo Kante broke through after the break to leave a bitter taste in the mouth of the former Chelsea boss.

Ole Gunnar Solskjaer’s men were left in shock as the Kane-Son partnership exploded yet again in Spurs’ 6-1 riot.

The Red Devils had the perfect start to the game as Bruno Fernandes scored from the spot but Tanguy Ndombele quickly equalized in a sequence that showed how cringe-worthy Harry Maguire’s defending is.

Son would go on to bag a brace in the first half, with Kane adding the fourth.

Serge Aurier got his name on the score sheet before Harry Kane grabbing a brace to seal a perfect day for Jose Mourinho.