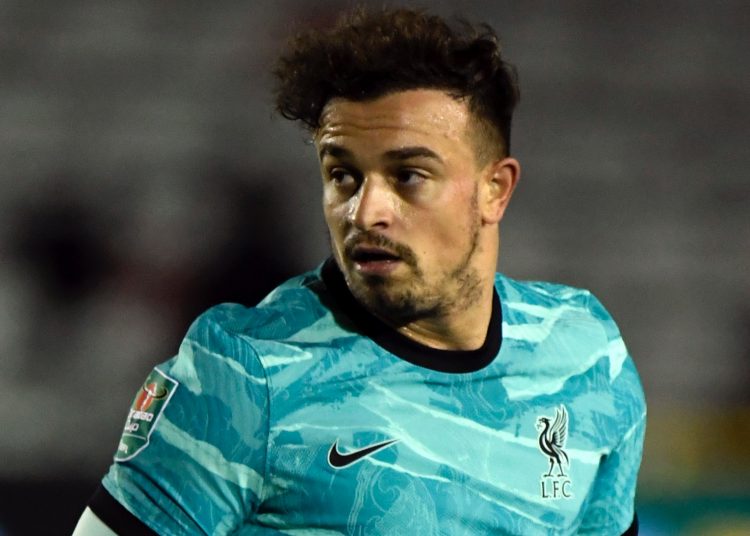 Liverpool midfielder Xherdan Shaqiri has tested positive for coronavirus, this is according to the Swiss Football Association.

Shaqiri, 28, is on international duty with Switzerland and is now self-isolating.

He is the third Liverpool player to contract Covid-19 within a week, after Thiago Alcantara and Sadio Mane.

Shaqiri has played once for the Reds this season, in the Carabao Cup at Lincoln on 24 September, and has not made a Premier League matchday squad.

A Swiss FA statement said “clarifications are under way with the local health authorities about how to proceed”.

In Switzerland, people must remain in isolation for at least 10 days after the point symptoms first appeared.

Switzerland are due to play Croatia in a friendly on Wednesday, before Nations League matches against Spain and Germany on 10 and 13 October respectively.