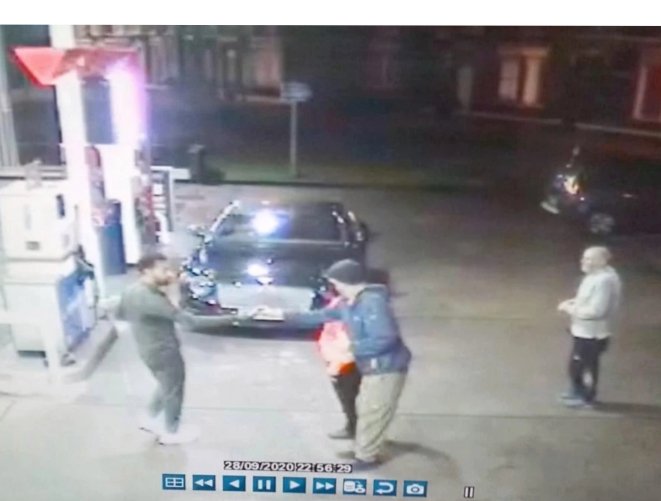 Mohamed Salah is proving to be a legend at Liverpool both on the pitch and off it, stopping a group of people from harassing a homeless man.

The Liverpool forward was at a petrol station near Anfield following the Premier League champions 3-1 win against Arsenal on September 28th, and saw a group taunting a homeless man.

Salah intervened and reportedly warned the group to be careful how they treat people as they could end up in a similar situation.

The gesture, which was caught on CCTV, clearly meant a lot to the man in question, who has now paid tribute to Salah for stepping in on his behalf when many others wouldn’t have.

Speaking to the Sun, David Craig, who has been homeless for six years, said, “Mo was every bit as wonderful as he is for Liverpool on the pitch.

“He heard what a group of lads was saying to me, then turned to them and said, ‘That could be you in a few years.’

“I only knew I wasn’t hallucinating when Mo incredibly handed me £100. What a complete legend.

“He saw what was happening and said something to them, and then he went to the cash machine.

“Mo is a real-life hero in my eyes and I want to thank him.”

🔴 #LFC‘s @MoSalah was at petrol station heard people harass a homeless guy, he intervened them and warned them from facing the same fate in the future, he gave the man £100 and asked him to get a job. 🙌

“Mo is a real-life hero in my eyes and I want to thank him” -Mr Craig 🗣 pic.twitter.com/O3hut9HKoE

The former Chelsea and As Roma player has been involved in a lot of kind gestures on and off the field.

The Egyptian once refused to accept a man-of-the-match award, handing it to his colleague, James Milner after Liverpool beat Manchester City in a league game.

Also, in June 2020, Salah pulled up at a petrol station in Sainsbury and paid for everyone else present.

The Egyptian has shown his kind nature before on other occasions. He refused to press charges against the man who robbed his family, instead, he helped him get his life up and running.