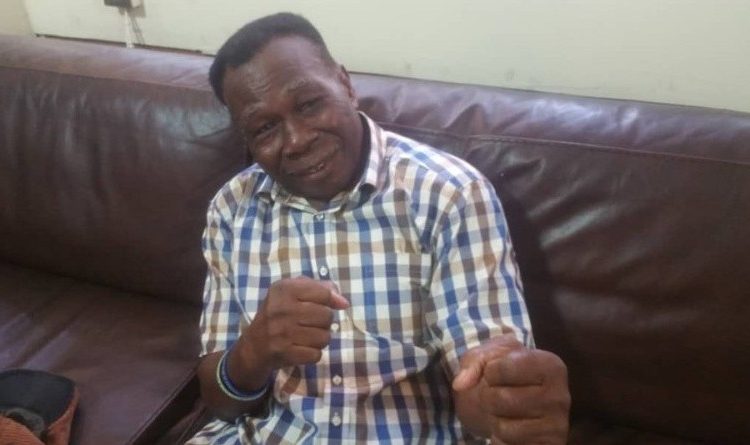 It has emerged, that Ghana’s first ever world boxing champion D.K Poison was turned away by the John Evans Atta – Mills administration in 2010 over lack of evidence when he petitioned them over repaying the 45,000 USD which the Acheampong regime borrowed from his fight purse.

This new piece of information has come to light barely 48 hours after the Presidency requested the Ministry of Finance to pay the money he has pursued over four decades.

In 1976 following the successful second defense of his title against Shigefumi Fukuyama he was informed by Colonel George Slater, Ghana’s head of delegation that 45,000 out of the total purse of 75,000 USD would be required by the State to purchase Mackerel to help alleviate harsh food conditions in the country.

It happened at a party organised in his honor at the Ghanaian Embassy in Tokyo.

He is on record to have said that he was shocked by the request but was helpless because Ghana was under military rule at the time.

However, according to the statement received in 2010 from the office of the President and signed by his Secretary J.K Bebaako-Mensah there wasn’t enough evidence to warrant him being paid the amount he had loaned out.

Lawyers for D.K Poison, Gaisie, Zwennes Hughes and Co. confirmed the letter from the Presidency and it’s authenticity to Citi Sports. 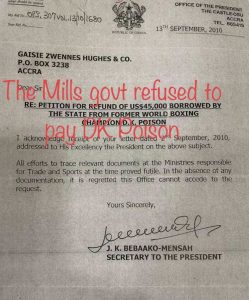 D.K Poison is still yet to respond to the current government’s move to have his money paid.

It is worth noting that he has petitioned every government since 1976 over his money.