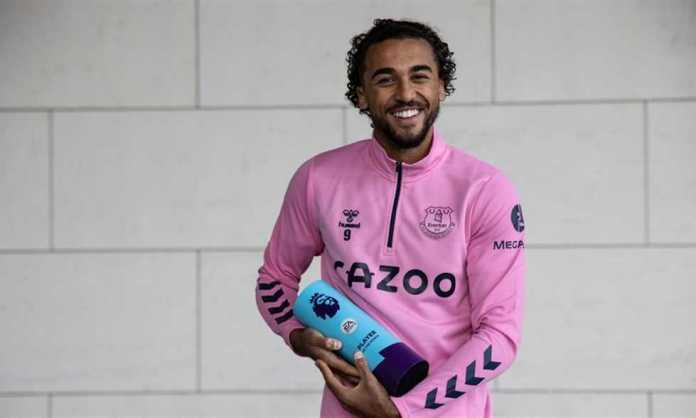 Dominic Calvert-Lewin has added to a dream start to the season by being named the EA SPORTS Player of the Month for September.

The striker’s five goals in the month helped Everton win their opening three matches of a Premier League season for the first time since 1993/94.

As a result, he earned his first call-up to the senior England squad and marked his debut with the opening goal in a 3-0 win over Wales on Thursday.

Calvert-Lewin kicked off September with a headed winner at Tottenham Hotspur on the opening weekend, before scoring his first Premier League hat-trick in a 5-2 victory over West Bromwich Albion and rounding off the month with another goal at Crystal Palace.

The 23-year-old wins the award for the first time and is the first Everton player to claim the prize since Romelu Lukaku in March 2017.