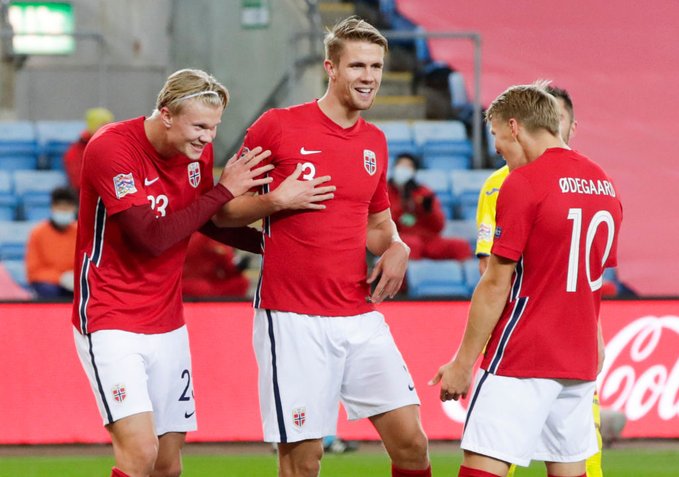 Borussia Dortmund’s star striker was in devastating form and put the home side ahead inside 15 minutes.

Norway doubled their lead just before half-time thanks to a tapped-in effort from RB Leipzig’s Alexander Sorloth.

A slotted finish from six yards out and a sublime left-footed effort took Haaland’s tally for Norway to an impressive six goals in six games.

Norway, who lost to Serbia in their Euro 2020 play-off semi-final on Thursday, now sit top of Nations League Group B1 with Northern Ireland their next opponents.

Norway have scored in each of their past 18 matches since a 1-0 Nations League defeat by Bulgaria in September 2018 – their longest scoring streak since a run of 20 games from November 1950 to August 1953.