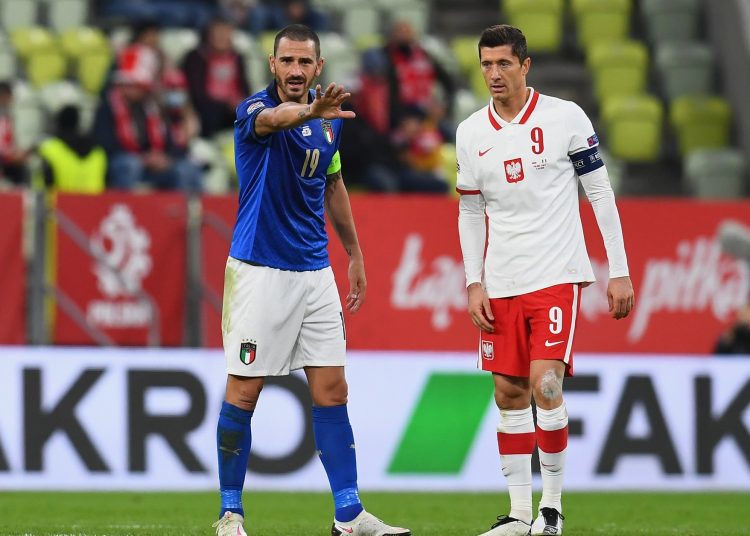 Italy retained top spot in Group A1 of the Nations League after a battling draw against Poland in Gdansk.

Roberto Mancini’s men remain unbeaten and sit a point clear of the Netherlands, who drew away in Bosnia earlier.

Both these sides had scored freely in their friendlies last week but defences were well on top here.

Polish star Robert Lewandowski was so starved of service he did not even have a shot on goal.

Ultimately neither side had the guile to find the breakthrough and they reach the halfway point of the group stages with just one point separating them.