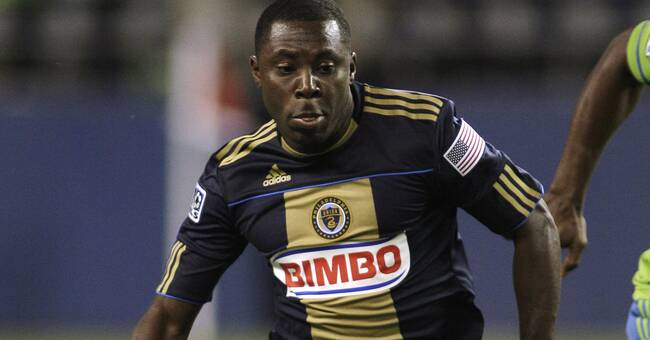 Freddy Adu is returning to the field.

The one-time phenom is ending a two-year playing hiatus to sign with Osterlen FF in Sweden’s third tier. According to Swedish reports, he’ll join the club next month. It will be his first team since USL’s Las Vegas Lights, where he spent the 2018 season.

Adu’s career, since stepping to the spotlight as a 14-year-old with D.C. United in 2004 and conducting commercials with Pelé, has been a whirlwind. Now 31, his career has included stops at various levels in the U.S., Portugal, France, Greece, Turkey, Brazil, Serbia and Finland. He has been coaching at the youth level in his home state of Maryland but is headed back to Scandinavia for another shot.

Adu, who last represented the U.S. men’s national team in the 2011 Gold Cup final, joins a club that was recently promoted with a game to spare and has sights set on another jump to the second tier. Adu had hinted at a move on social media over the last couple of days, writing on Wednesday,

“Missed this sport so much and just happy to have the opportunity to be playing again. One step at a time” and “Skipped a lot of steps in the past but now I get a chance to do it right. I’m excited and never been more ready!”

The club’s next season begins in the spring, giving Adu time to get into playing shape and get acclimated to his new club and surroundings before the matches begin.