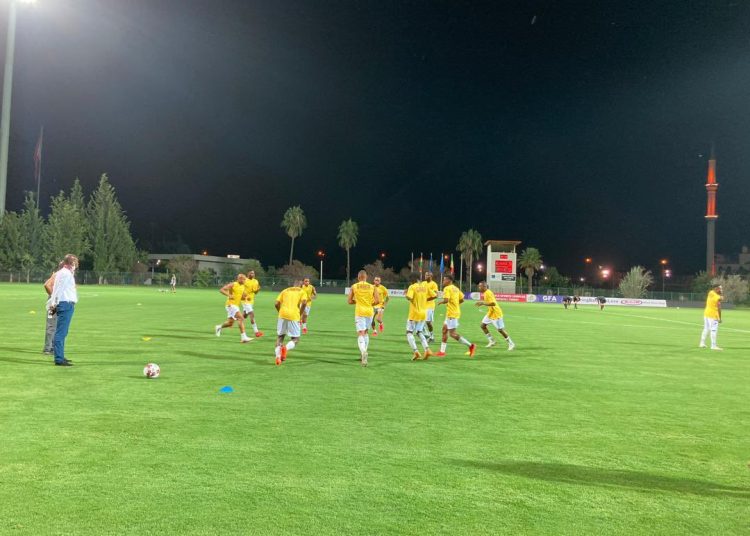 The Ghana Football Association has expressed its apprehension after five players who partook in the October friendlies in Turkey against Mali and Qatar tested positive for coronavirus.

Five players from the Black Stars camp, including Jordan Ayew and Kassim Nuhu, have tested positive for coronavirus after their friendlies against Mali and Qatar in Turkey.

Meanwhile, striker Caleb Ekuban has been hospitalized after showing symptoms of the virus and has since tested positive, although an initial test came back negative.

Aside the five confirmed players, Black Stars Management Committee member, Jones Abu Alhassan, who was a member of Ghana’s contingent to Turkey for the friendlies, has also tested positive upon arrival.

Read the press release from the GFA here:

“We are informed that some of our Black Stars players have tested positive for Coronavirus following their involvement in Ghana’s friendly games against Mali (October 09) and Qatar (October 12).

The Ghana Football Association (GFA) contingent adhered to all the strict COVID-19 protocols, before, during, and after our stay in Turkey. A minimum of three tests was conducted on players, technical, and management team members during the training camp in Antalya.

The first test was conducted 24Hrs prior to the game against Mali where one team official tested positive for the virus and was immediately isolated from the group. With just about an hour to the start of the game against Mali, the Ghana team Doctors, together with Turkish Health officials conducted another round of tests in the dressing rooms of both Ghana and Mali before kick-off.

The 3rd set of tests were carried out 24Hrs before the second game against Qatar and again, no single positive case was recorded.

Furthermore, officials and management committee members of the National Team underwent another test on Thursday, October 15, 24Hrs before flying out of Turkey, this time, one technical team member tested positive for the virus and was immediately isolated from the group, ruling him out of the trip to Ghana.

The GFA ensured all FIFA Covid-19 protocols were strictly adhered to throughout the National Team’s engagement and it is quite a concern that some members of the team have subsequently tested positive for the virus.

The GFA will continue to monitor the situation and will provide all necessary support to the affected players while wishing them a speedy recovery”.

Wayne Rooney to self isolate despite testing negative for Covid - 19