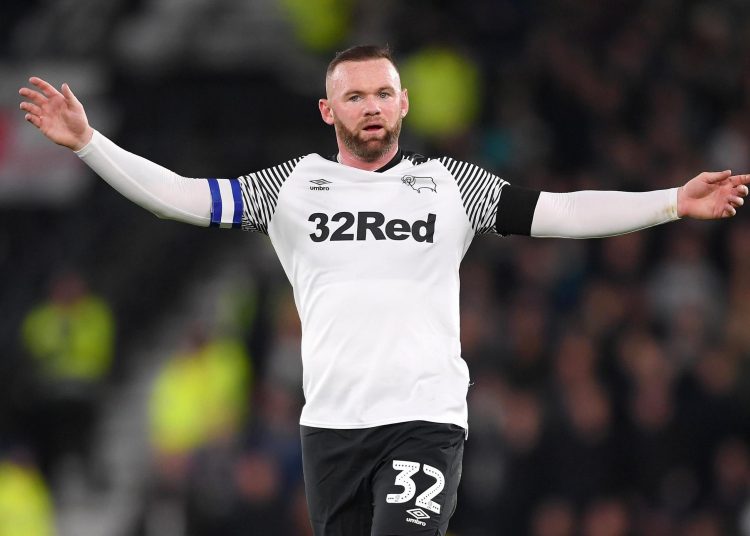 Derby County forward Wayne Rooney will have to self-isolate for 10 days after a friend who visited him at home on Thursday tested positive for Covid-19.

The former England captain, 34, has confirmed he does not have the virus himself but will still have to miss Derby’s next three matches.

Rooney last played in the Rams’ 1-0 league defeat by Watford on Friday.

Derby say Rooney must self-isolate until Thursday, 29 October in line with UK government and EFL guidelines.

It means the former Everton and Manchester United player will be unavailable for Derby’s Championship fixtures against Huddersfield on Tuesday, East Midlands rivals Nottingham Forest at home on Friday and for the visit of Cardiff City on Wednesday, 28 October.

“We’re positive Wayne will be available for selection for the club’s Championship fixture at Bournemouth on Saturday, 31 October,” a Derby statement said.

Derby have so far won just one of their first five Championship fixtures this season, with Rooney scoring the winner at Norwich City on 3 October.

Rooney tweeted he was “angry and disappointed” at missing the fixtures, but “delighted for myself and family” at hearing he had tested negative for coronavirus.

Reports over the weekend said the Derby County player-coach was visited by a friend the day before their match against Watford, who had been instructed by NHS Track and Trace to be tested for Covid-19.

The Sun newspaper reported on Sunday Rooney was angry after Bardsley visited him at home despite the fact he should have been self-isolating.

Rooney was said to be unaware of any Covid-related concerns connected with Bardsley at the time.

“It’s a big setback for us,” Derby manager Phillip Cocu told BBC Radio Derby. “Not only in that we lose our captain, but that in the past two games, we have seen Wayne getting back to the level of performance as when he first joined us.

“His fitness level was much better and we saw him improve the team.

“It’s something we have to deal with and it’s unlucky he couldn’t do anything about it. It’s tough on him and his family and the football club.

“I’m disappointed it happened. We have worked quite hard and intensely with Wayne to get him back in optimum shape and now to be without such a big player for two weeks, it has a big impact on him and the team.

“It’s tough on him too because to train by yourself and to maintain the same level of fitness is quite challenging.

“There’s no blame on him, but it’s something we have to deal with.”