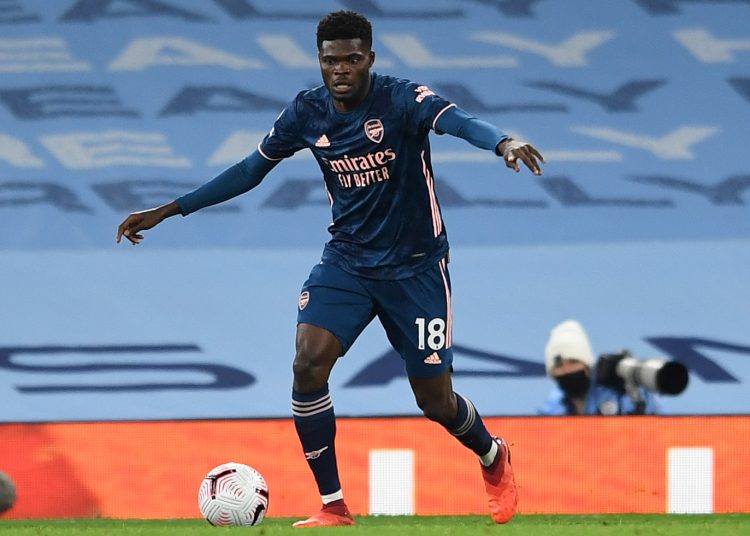 Arsenal midfielder, Granit Xhaka believes Thomas Partey is the final piece to perfect the Gunners and has spoken highly of the impact the player could have on the team.

The 28-year-old was replaced by Partey in the last few minutes of Arsenal’s loss to Man City, but thinks he has already seen enough to know the player will be a major asset to the progress of the club.

The Swiss international says has been tracking his new team-mate for a long time and feels he is a good addition to the squad.

“He will be the guy who is important for me and as well for the team. Everyone in the club can be happy because he has great quality,” Xhaka said.

“He will bring a good mentality, a good balance in our game because this is what we need a bit more: the mentality to win.

“He played at Atlético Madrid, a different type of football, and he will bring a lot of good quality and mentality.”

The Gunners acquired the services of the 27-year-old from the Spanish side, Atlético Madrid after paying for his £45 million release clause.

The Ghana international made his Arsenal debut as a second-half substitute as they lost 1-0 at the hands of Pep Guardiola’s Manchester City.