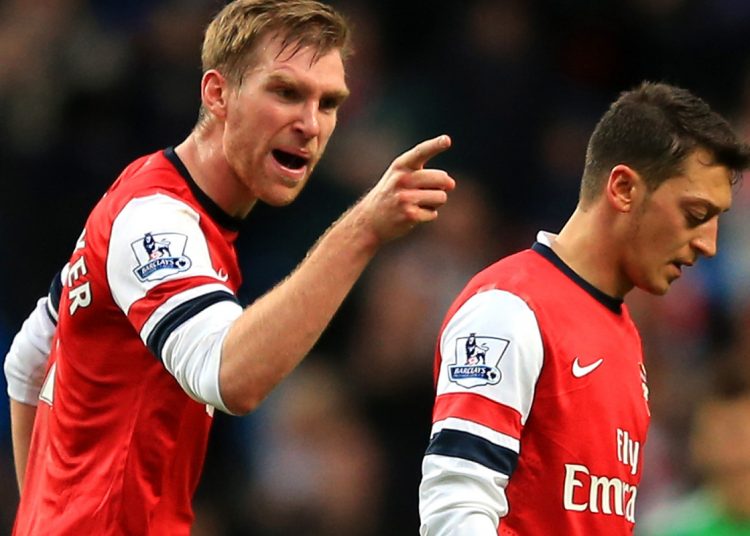 Former Arsenal centre-back, Per Mertesacker believes Mesut Ozil’s focus has drifted away from football to his marriage as he seems to be frozen out of Mikel Arteta’s plans.

In the initial stages of Arteta’s reign, the 31-year-old appeared to be in the plans of the manager but the creative midfielder has not played for the club since March.

Being the club’s highest earner of £350,000 per week, it is surprising to see the former Real Madrid player seemingly an outcast at the North London club.

Ozil was left out of the Gunners’ team list for the Europa League campaign this season and according to reports, he may be left of the final 25-man squad for the Premier League season.

This means he faces the prospect of no competitive football until at least January 2021.

Mertesacker, who is now the Arsenal academy manager, also played with Ozil at Werder Bremen and for the German national side cited his family life as one of the reasons his focus may have shifted.

Ozil married his wife Amine in July 2019 – Turkish President Recep Tayyip Erdoğan was a witness at the wedding. Amine gave birth to daughter Eda, the couple’s first child, in March this year.

‘A lot has changed away from the pitch,’ Mertesacker told the Klick and Rush podcast.

‘He got married, has a family… perhaps his focus has changed. Nevertheless, he is still happy and happy to play football.

‘He’s the only player I’ve played with for three teams – Bremen, Arsenal and also Germany. So, I’m very sorry that he’s currently in a situation where he’s not really used.’