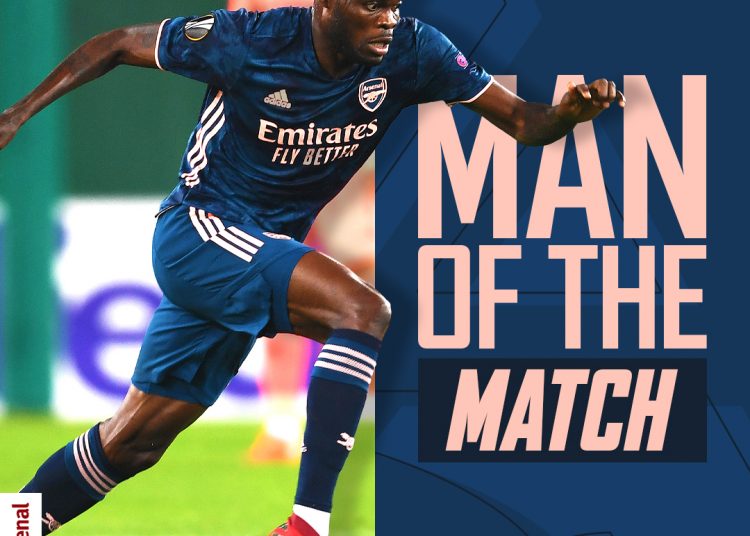 Thomas Partey claimed the Man of the Match award in his full debut for Arsenal, as the Gunners sealed a come from behind win over Rapid Vienna in the UEFA Europa League.

The Ghana international produced a dominant midfield performance, helping Mikel Arteta’s side to a 2-1 win in Austria. 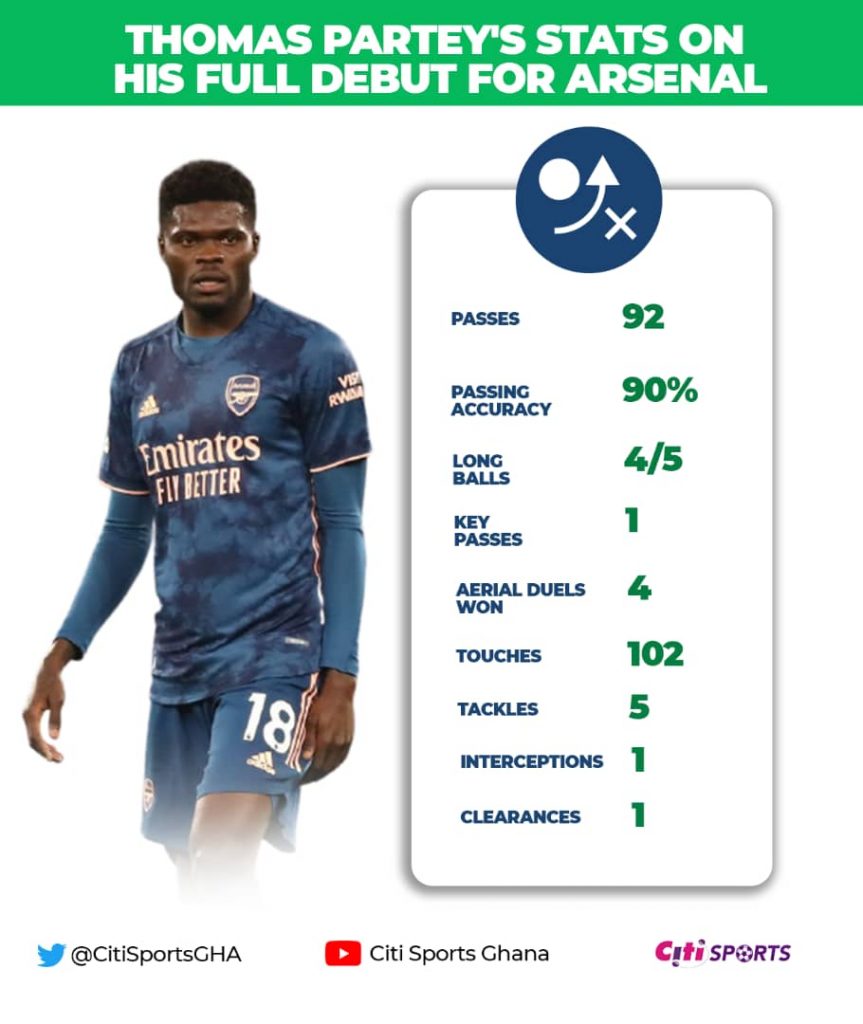 Goals from David Luiz and captain, Pierre-Emerick Aubameyang, clinched the win for Arsenal in their group opener.

Arsenal manager, Mikel Arteta, said after the game, “He held the midfield by himself, in the second half. He was fantastic, and there’s much more to come from him.”