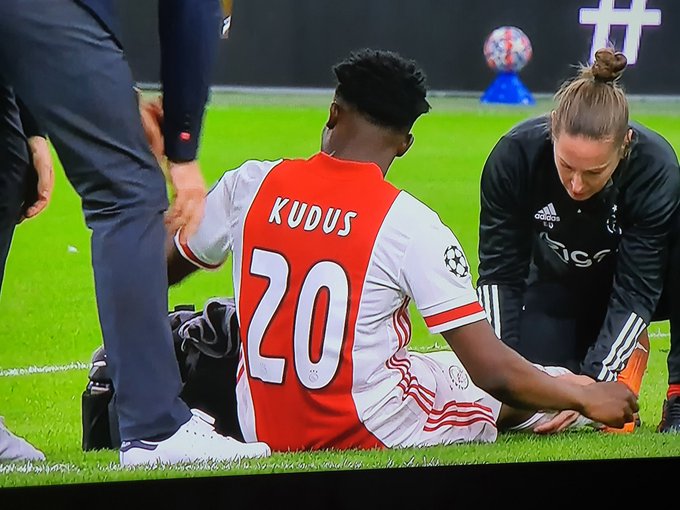 The 20 year old sustained the injury after coming into a collision with Liverpool midfielder Fabinho.

Collision resulting in Kudus injury. Surprisingly, Macca says it’s not a foul, but the strikers gone off with knee injury. pic.twitter.com/5Z5F20DLkX

Ajax say a scan and diagnosis will be conducted to determine the severity of the injury to Kudus who had just returned from an injury lay-off that forced him to miss Ghana’s two friendly games against Mali and Qatar early this month.

Kudus joined the Dutch champions from Danish side FC Nordsjalland and until last night, had played 3 league games, emerging man of the match in two of those.

The Ajax Manager, Erik Ten Hag said of Kudus’ injury:  ”Kudus’ injury was disappointing but we easily found a replacement. You saw that when Promes came on and the system stayed the same. I can’t give you any details on Kudus situation because it’s just after the game. We have to wait for the exact diagnosis.”