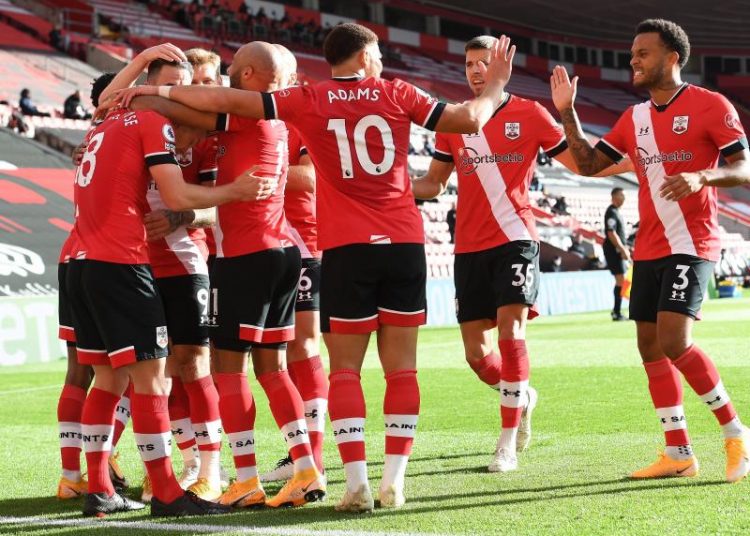 The last remaining unbeaten record of the Premier League season was ended as leaders Everton crashed to defeat against an impressive Southampton at St Mary’s.

James Ward-Prowse beat Jordan Pickford with a ferocious finish before Che Adams doubled the lead with the help of a deflection, Danny Ings involved in both goals.

Everton went into the game having taken 13 points from their first five games but missed injured captain Seamus Coleman.

Stand-in skipper Gylfi Sigurdsson struck the bar from 20 yards when the game was goalless, but the visitors struggled to seriously test keeper Alex McCarthy and finished the game with 10 men.

Full-back Lucas Digne was shown a straight red card after a nasty challenge on Kyle Walker-Peters, the second successive game in which Everton have had a player sent off after Richarlison’s dismissal in last week’s Merseyside derby.

'Partey will be very important for us - Aubameyang