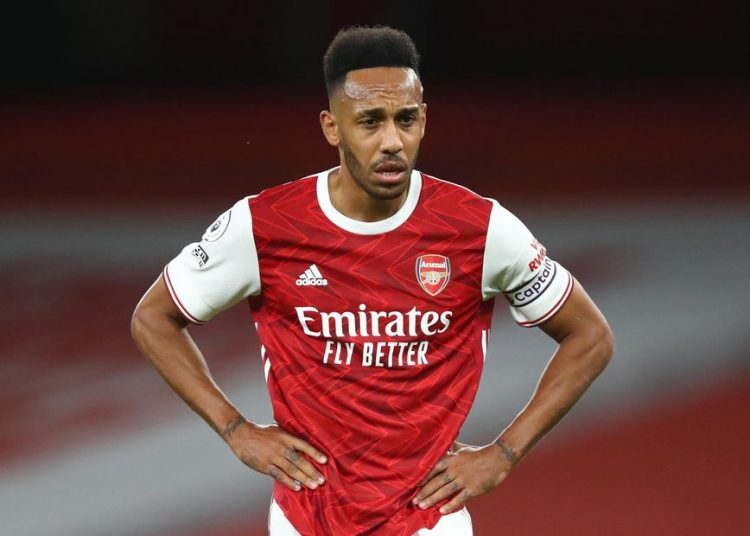 Aubameyang has not scored a Premier League goal since extending his stay at the club till 2023 last month in a deal that earns him around £250,000 per week at the club.

The 31-year old failed to record a shot on target in Arsenal’s loss to Leicester on Sunday.

Bent is convinced the 2015 African Footballer is not playing with the same intensity he did in the previous season.

“There has been a drop-off,” Bent said on Talk Sport.

“You look at his form in the semi-final and the final of the FA Cup last season, the Community Shield and his performance against Fulham – he was arguably one of the best strikers in the Premier League, probably the best.

“But since he signed that new contract, it might be a coincidence, but he’s looked a shadow of himself.

“He’s missed big opportunities in games, he’s not working with the same intensity, he doesn’t look like he’s enjoying it as much.

“Listen, confidence is massive in a striker. It is with any player, but particularly with a centre-forward, when you’re used to scoring as many goals as he is and then you suddenly stop scoring, it can be a little bit of a concern.

“But I think it’s even the work rate as well.

“You remember, he was putting shifts up and down, he was all over the place, but he’s been nowhere near that level recently.”

It is the first time Aubameyang has failed to score in five consecutive league games dating back to his time at Dortmund in 2014.