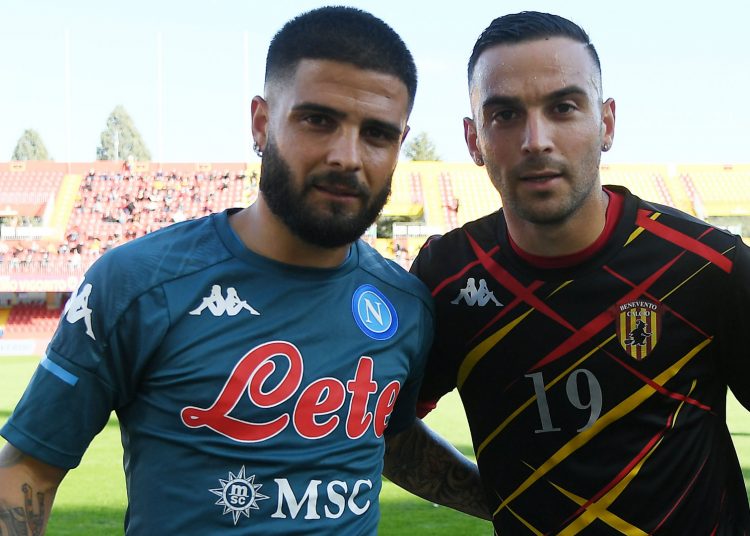 Lorenzo Insigne cancelled out a goal from his younger brother Roberto as Napoli fought back to beat local rivals Benevento and move second in Serie A.

But 29-year old Napoli captain Lorenzo, curled a 20-yard effort in off the crossbar after an hour and Andrea Petagna scored the winner eight minutes later.

“After the game, I told him my left is better than his,” joked Lorenzo, who has played 352 games for Napoli.

“We also hugged because today was an exciting day for our family. I’m happy with the goal and congratulate my brother too.”

Roberto said: “I’m very happy, but sorry my first goal in Serie A was against my brother.

“Playing against my brother and Napoli, the team of my city, is a great feeling, but we are all a little saddened by the result.”

Roberto played only twice for Napoli and was sold after a number of spells out on loan.

Napoli are now a point behind league leaders AC Milan.